Last Saturday was a Free Comic Book Day. Both DC and Marvel released special titles as a preview for their upcoming titles after their big summer events. Hit the jump to see my thought of the special issues. BEWARE : FULL SPOILER.

DC releases several titles but the main focus is on Divergence which provide a preview on what will happens in their upcoming Justice League, Superman, and Batman titles. All these three titles had a huge changes in their status quo in the last issue before Convergence. Superman had new uncontrollable power that make him human every time he uses it and Lois Lane finaly found out Superman's identity. Batman had Bruce Wayne and Joker presumably dead and a new Batman is set to debut. While Justice League set to bring back Darkseid after he done destroying Earth-2 and pit him with Anti-Monitor who destroys Earth-3.

For Batman, readers are introduced to the new Batman; Commissioner Gordon. It hasn't been resolved on what happen to Bruce Wayne and it seems no one has connected him to Batman. The preview is just purely introducing the new Batman, but it does seem to bring out one question, what makes Gordon to agree to become the new Batman.

For Superman, it is the preview on the consequences of Superman identity being exposed. While The only problem with this one is the art. John Romita Jr. art doesn't seem to fit with the action presented in the preview. While it is interesting to see Superman on the run, why is he not going to the fortress of solitude ? Did something happen ? So I was quite lost there.

The Justice League was no doubt the most interesting one. However, it was done similar to the preview of Trinity War back when it first kicks off. The readers are finally introduce the daughter of Darkseid, tease in the last issue of Justice League. It seems like Wonder Woman will take the center stage for the event, and tease the disappearance of Superman. However, it seems like Geoff Johns is planning to ignore the continuity as it was teased that Bruce Wayne is the Batman and Superman is still in his old suit albeit was said missing in the preview and Jason Fabok's art certainly kicked up the preview a notch.

Overall, DC do a very good job of teasing what's coming in June. It manages to reveal something to the reader, but still maintain some sense of mystery to look forward. I am excited on Justice League the most especially after seeing what happen to Batman in the preview. I give DC Divergence 4.5 out 5.0. It was a good tease, is just that I wasn't a fan of John Romita Jr. artwork. 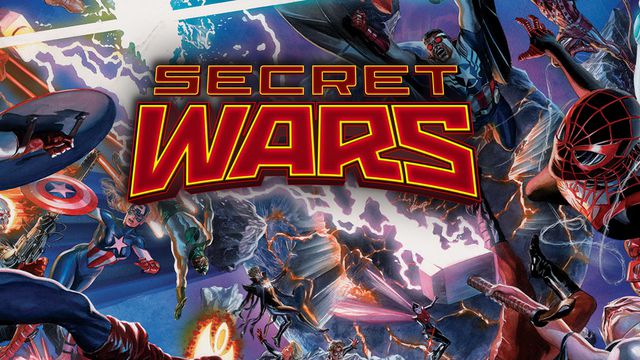 So I mentioned how by the end of Time Runs Out, I still don't know how does the world ended up in various different universes and battling each other. Unfortunately it still haven't been explained in Secret Wars #0. This issue is basically just a quick recap of what happen in Time Runs Out through Valeria Richards. The story ends exactly at the same point of the last of Avengers. Seeing this issue and the issue of the All-New Avengers makes me wonder is the statement of Marvel Universe is being rebooted true or they just combined the two universes together ? The art was good, nothing outstanding.

The issue is then followed by the Avengers-Attack on Titan crossover. That one somehow has a very 90's feeling in term of this artwork and again wasn't particularly exciting. It was just what happen if the Titan attack New York and has to face The Avengers.

Unlike Divergence, Secret Wars #0 didn't give any revelation on what gonna happen in Secret Wars or in the future of Marvel Universe. It is just an issue that you can just take it or leave it. Overall, I give Secret Wars #0 2.0 out 5.0. Nothing particularly exciting, it was just a recap, and you don't have to read this one at all to jump on board for Secret Wars.

Marvel's All New, All Different Avengers

This title is supposedly tease the new rooster of Avengers post Secret Wars. This is issue that made me think the universe is not being rebooted after Secret Wars. The team consist of the female Thor, an unknown identity of Iron Man, Sam Wilson Captain America, Ms. Marvel/Kamal Khan, Miles Morales Spiderman, Sam Alexender's Nova, and The Vision. The fact that Sam Wilson is still Captain America and Thor is still a female means that the canon was brought into the new universe.

The preview is simply just the initiation of the three new members of the Avengers; Ms. Marvel, Miles Morales and Nova. However, what's interesting is that is written by Mark Waid. We know Hickman is taking a rest after the end of Secret Wars, is that mean that Mark Waid is taking over ?

The preview continues with a preview of Uncanny Inhuman.Nothing particularly interesting except that the Inhuman is getting more and more overlapping with the X-Men and it seems like Medusa is having a relationship with Johnny Storm making me wonder is she cheating or is she leaving BlackBolt ? Or is in the new universe they never together ?

Overall, I give this book a 4.0 out 5.0. This is a way interesting preview than Secret Wars #0. It gave us what to expect for the future of Marvel Universe and gave us enough questions to be answered in the future.

What do you think of the Free Comic Book Days title ? Do you have a favorite among those three or do you have another one that was not mentioned ? Sound off your thought in the comment section. Stay tuned for a new issue of Skuad Satria this Wednesday. Be sure to like and Subscribe to us at Facebook, Youtube, and Tapastic. Finally, keep following us here at Comikrew Studio.