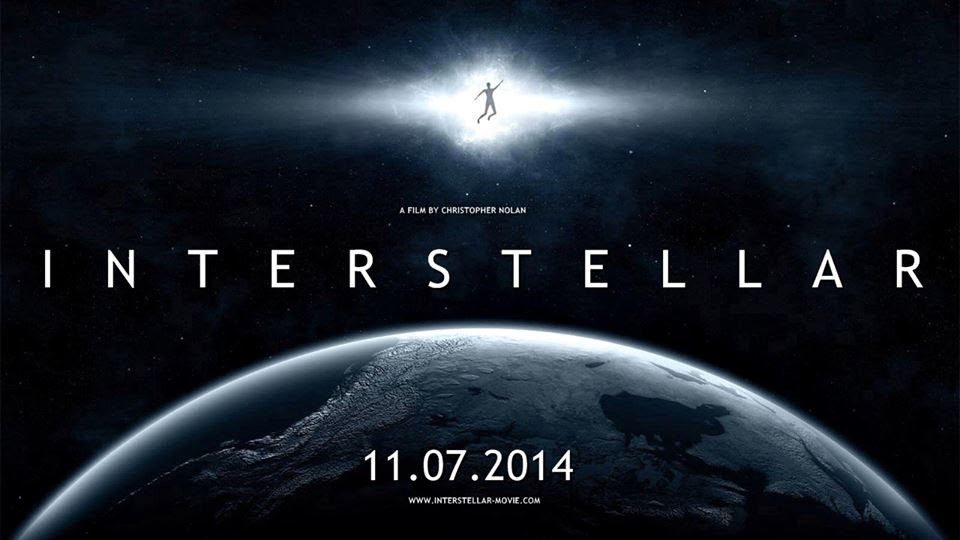 Interstellar is Chris Nolan's new outing. After the successful ride with The Dark Knight, and Inception, can this movie stand side by side and maintaining the Nolan craze ? BEWARE : MILD SPOILER (though you might need that going into the movie)


To start this review, it was madness when I first arrived at the cinema to watch this movie.  For the first time I saw the line stretched to the outside of the theater (this doesn't happen even during Capt. Winter Soldier). I had to watch the screening at 11:25 after the screening at 9:55 was sold out.

A primer of this movie, it tell the story of Cooper (Matthew McConaughey ), an ex pilot NASA who is forced to live as a farmer after Earth been attacked by a plague. He is then asked to pilot a spaceship to find a new home in another dimension before Earth is gone.

This movie is really complex in the sense that if you have very little knowledge of the concept of warmhole, time travel, and yes , Multiverse, you will be going out and will be saying, "What the f*** did I just saw!!". Christopher Nolan bring his complex narrative style and expand these ideas just like how he expand the idea of dream in Inception. For a someone who is familiar with all these concept, this is a very thought provoking and fascinating story.  Similar to Inception, this is movie that you need to watch, and go back home think for a while, and then watch again. However, I would say this movie is way more complex than Inception.

Visual wise, it was shot beautifully. I was write a paper saying that Nolan knows what he doing, and clearly hear he's know what he's doing. He manage to make every single thing look beautiful whether it is a dead ice covered planet or a black hole. The footage shot with IMAX really elevate the look of this film.

Story wise, this is a story full of theories and philosophy. You have to concentrate in every moment to understand how the story works. There is one scene when Anne Hathaway talked about love and how does it like gravity transcend in time. This philosophy is very important as it comes to play at the end of the movie. One thing that I like about the story is how Nolan use time as a stake in the movie and manipulate it along with the concept of warmhole and relativity. There will be one scene where you feel the devastation and is played really well.

Acting wise, everyone had their A-game. Matthew McConaughey, man, I lied if I didn't say that I cry when he got the message and found out that his son and daughter finally thought he was dead. Everyone else was great, Micheal Caine was great as an old man (seriously). Though Topher Grace somehow doesn't fit in this all A-Game actor and he surely doesn't have chemistry with Jessica Chastain.

However, it has to go back to Hans Zimmer that elevate the story. The score was intense and beautiful. One score that I really like is the one with the ticking clock in it. If this movie goes to another composer, I would say it would have as boring as shit.

Is it a perfect movie ? No, it is not. Just like I mentioned earlier, you really need to know the concept, theories, and philosophy going into this movie. Some people was bored watching this movie because they do not understand what is happening. This is a very heavy movie, and this is not like Inception where you have spinny-spinny room. It is the battle of idea and philosophy. While there is always something happening in the movie, I do think the run time was way too long.

Overall, this is an enjoyable movie to me. However, I do understand some people hate it. I give Interstellar 3.5 out 5.0 . It was great movie but, it was too long, too heavy in its concept, and Nolan did pull off The Prestige at the climax of the movie and go psychedelic which is not appreciated.

What do you think of Interstellar ? Do you manage to grasp very idea presented in the movie ? Sound off your thought in the comment section. Stay tuned for Big Hero 6 review on Wednesday. Be sure to like us on Facebook and keep following us here at Comikrew Studio
CINEMA.. CINEMA.. CINEMA Comikrew Reviews INFO Movie-Freak REPEKAN Review Movie