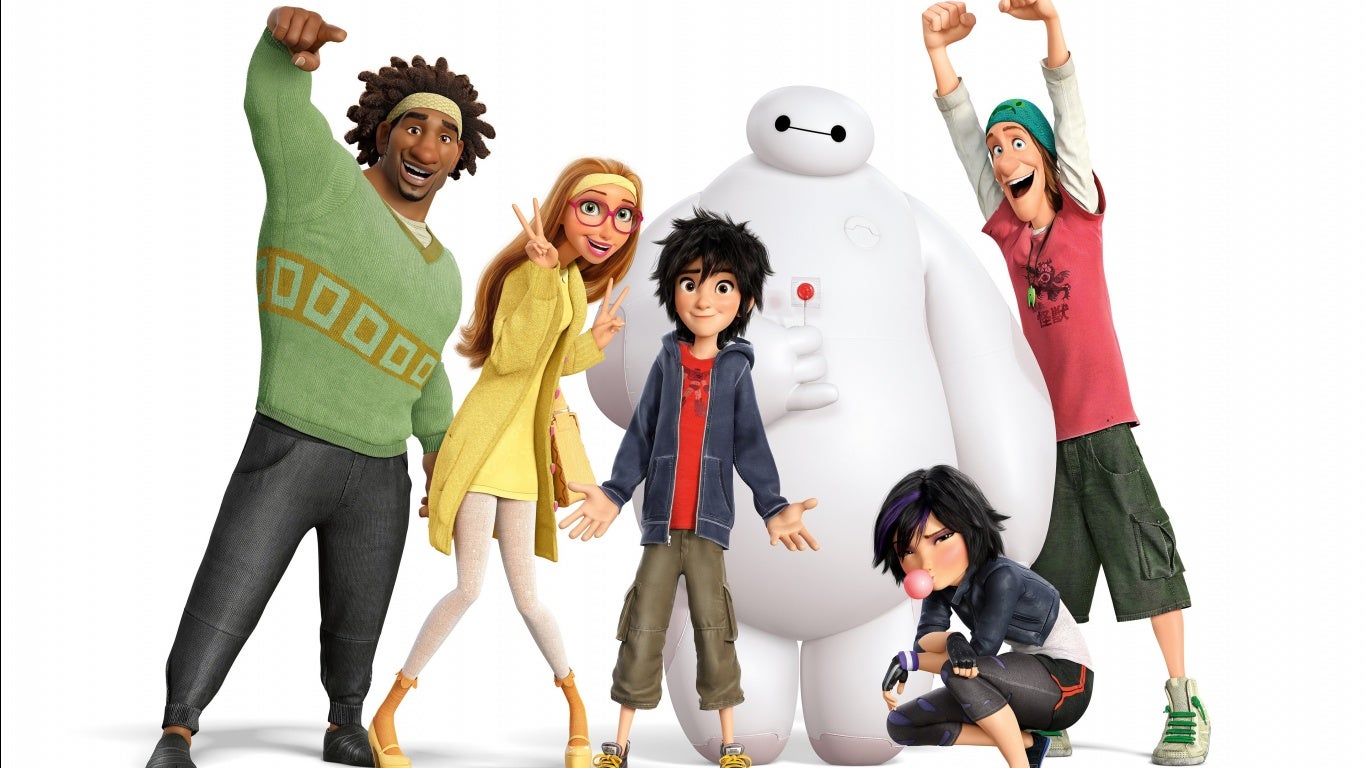 Disney finally attempt to cash off their Marvel property through their animation studio with Big Hero 6. Did this animated Marvel movie manages to follow it live action reputation as well Disney animated previous outing ?


Before we start this review, lets us explain what is Reviewstravaganza. This type of review only focus on movie that has been released for quite some time and we just only review it now. Big Hero for example has been out for a week. Usually we only do Reviewstravaganza if we really have something to say about it. So for our first outing, we'll be focusing on Big Hero 6.

Big Hero 6 tells about Hiro Hamada and his brother's robot; Baymax along with his friends had to stand up as a team of superhero in order to protect their city; San Fransokyo from a threat of an enemy wearing a kabuki mask. To start off, Big Hero 6 is super beautiful. In fact, at times it feel likes that it is a live action movie instead of animated movie. San Fransokyo is beautifully build and feel like a town living through its advancement of technology and ridiculously amount of blimp around it. The animation is certainly the main strength of the movie.

In term of character design,  while there is a lot of changes made from the original material, it doesn't feel whitewash, mostly because it is now a well known characters to the audiences. It is really nice to see a robot that is not AI, that has to be programmed to make it work for a changes. While the characters design is great, Go Go Tomago seems to be borderline sexy to me. I don't if it is just me, or the way the character act or because it was Jamie Chung who voice her. Going off from that,  the voice works are good in the sense that you heard the voice, it doesn't took you to the person who give the voice. Honey Lemon's pronunciation of  Hiro is at times annoying but I'm fine with that. The mixing of the asia theme was not forced except when the villain decided to wear kabuki mask for not explanation. I think it would have make me feel better if one, it was hinted why he chose kabuki mask or two, he is an Asian linage.

So, is this movie has flaws ? Unfortunately, the story was just a basic mished-mashed of a plot from a superhero movie which is really frustrated me. I would have if there is something more of it. Also, one of my biggest problem is if Hiro is such robotic genius, why the hell he did not create any weapon for himself ? He literally just clinging on Baymax which I guess it tries to mirror Hiccup-Toothless relationship but that is totally different. Hiro has his own robotic armor for God sake and he didn't think to make a weapon for himself ? SPOILER from here : This is how generic and mished-mashed the story is; it is about an angst teen (Amazing Spider Man) who is a robotic genius (Iron Man) that lost his parents and lives with his aunt (Spiderman) and later lost his brother in an heroic act ( parallel to Uncle Ben in Spiderman), who then team up with bunch of kid with attitude (Power Rangers), found his enemy is actually his idol (Spiderman 2) and his enemy then tries to kill some corporate fat cat (Amazing Spiderman 2 ) and then Interstellar happen in the last act. SPOILER ends.

Overall, I give the movie 3.5 out of 5.0. It has beautifully visual but at the cost of its story. Oh, stay until the end for an end-credit scene with the best cameo ever in any Marvel movies yet.

What do you think of Big Hero 6 ? Did you enjoy it or did you feel the same ? Also did you like Reviewstravaganza ? Sound off your thought in the comment section. Stay tuned for PUMSA Malaysian Night 2014 reviewstravaganza on Friday. Don't forget to like us on Facebook and keep following us here at Comikrew Studio.
About Superheroes CINEMA.. CINEMA.. CINEMA Comic Book Movie Comikrew Reviews Movie-Freak Review Movie