As the dust settles and the event is now available online, we decided to do a reviewstravaganza for PUMSA biggest event this year. How did this year incarnation compare to the previous incarnations ?


Before we start this review, lets us explain what is Reviewstravaganza. This type of review only focus on movie that has been released for quite some time and we just only review it now. Big Hero for example has been out for a week. Usually we only do Reviewstravaganza if we really have something to say about it. For our second outing, we'll decided to focus on PUMSA biggest event this year; Malaysian Night.


Note that this review is based on the Purdue Malaysian Night 2014 released on Youtube which you can watch above. This year Malaysian Night focused on the theme of 'Oh, My Cikgu'.  It tells the story of an American teacher coming to teach in Malaysian high school and decided to help a student to get her confidence again.

As we involved closely with the backstage team this year, we do aware of some of the technical difficulties. Hence this known difficulties will not be addressed as flaw. However, having the event in a entirely new place does hurt the event a little bit. Some part of light sometimes seem flat making it lost its vibrant. The lack number of mic also did hurt the smoothness of the delivery. 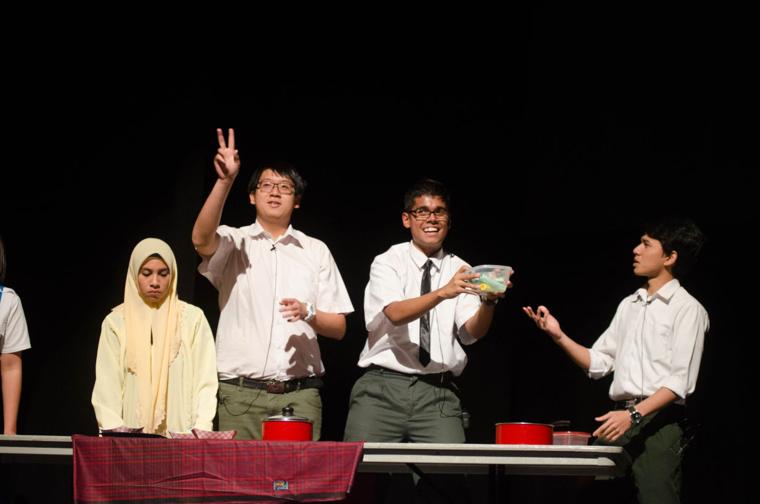 The actors are all well cast in my opinion. Some of them manage to bring out the comedy, intensity and even at times steal the spotlight. We think it is a very wise decision to mix the cast with old and new talents. There are at times where the actor is out of the lighting area. While this is not necessary a weaknesses, it has to be addressed for the next incarnation of the events.

One issue that was addressed from one of the cast was the failed attempt to bring in the dramatic moment to realization and end up becoming comedy at time. Was this a flaw from the Malaysian Night team itself ? Actually, no. 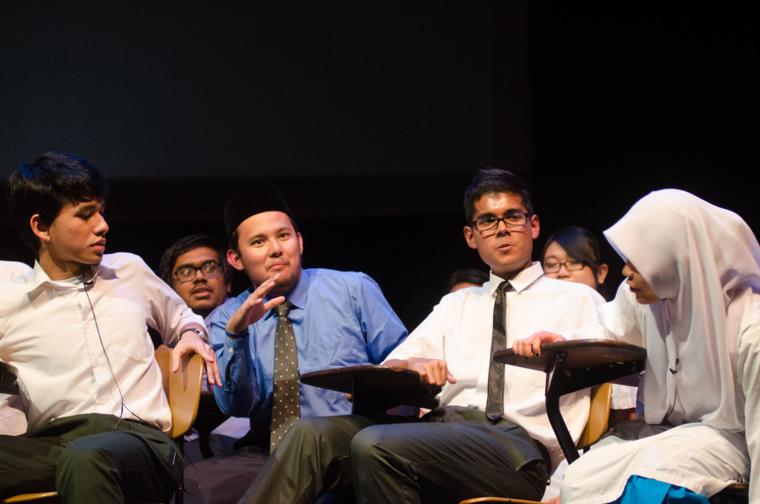 There are several factor that could explain my opinion. In my one line review of Malaysian Night 2014, I said it was Malaysian drama at its finest. While there are a mix between Malaysian and non-Malaysian in the audience, there is no doubt a slightly higher number of Malaysian among them. They recognize all this cliche of Malaysian drama which makes some of the supposedly dramatic tension just go full-fledged comedy.

Did it end up become camp ? I can't tell. I would love to see someone who is not familiar with any of the cast or the 'Malaysian drama cliche' watch this show without the audience reaction and see how (s)he react. One thing that I learned in my film class is that author intention does not exist. What your audience react is what your plays deliver. For next year incarnation, the team could probably add what they expect the audience reaction would be when setting up the story.

Also granted, while the lighting sometimes help isolates the actor to give more dramatic tension, it really hard for them to not react at the other actor who is at background. Unlike movie where you can change your shot, theater or play always maintain at wide shot making it is hard to manipulate audience emotion through isolation. However, I have to admit that this is what make this year incarnation special because at the core of the play itself is very Malaysian.

Lets go to the video itself, the light out for the transition for the prop is sometimes too long. This is not necessarily bad, however for a video, this period can be cut to maintain the attention of the viewers. Finally, as great as an event it is, it would not be possible without the sponsors. Make sure the video notes the sponsors of the events as an act of professionalism.

Overall this year Malaysian Night is successful event and to me manage to maintain its reputation and expectation as PUMSA biggest event (if not exceeding). I looking forward for the next year incarnation as this event grows.

What do you think of this year event ? Did it fulfill your expectation ? Sound off your thought in the comment section. Stay tuned for more review, updates, and news from us. Be sure to like us on Facebook and follow us here at Comikrew Studio.