To build a better universe part one 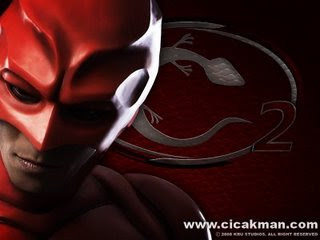 Hi, guys !!! So we meet again in the next post of Comikrew Studio. I know lately I've been like to much into this Comikrew Heroes Universe thingy but well, this is like a new thing that I personally try to create after we've seen several attempt of creating Malaysia superhero that might not entirely flop but still it didn't give an impact as big as Iron man or at least Judge Dreed. (I don't want to compare with The Avengers because it would not be unfair considering our stage now). So, where is the mistake? Is it we do it to early? or Is it the problem of the storyline?

One of it to be honest is the background. Cicakman for example (no offense KRU Studio). The story happens in a fictional city known as Metrofulus. I don't mind with that, Gotham is not real, Smallville is not real, Wakanda is not real, but winter for real? That is one thing that never happen in Malaysia. What is wrong having a superhero fighting in a tropical climate? I haven't watch Mantera yet but I heard it provides us with a more closer environment in Malaysia.

Well, stereotyping attitude that Malaysian had was one of the thing. When they heard the word superhero, everyone was like quickly link it with Spiderman, Batman and others well-known superhero and hoping that it will be at least equally the same. Come on people, this is our first attempt. If you watch Batman during 1969, its worst !! But then, the producer must not take it lightly on the quality too. I mean, the final fight between cicakman and rerama (cicakman 2) was made in 3d (?!!) .

Originality? Don't talk with me about originality !!! I actually was quite pleased with how the characters of Cicakman or Mantera were developed. Yeah, there is a similarity with other well-known superhero here and there but then Stan Lee himself admits that he took inspiration from DC Superheroes when he was busy creating Marvel Superheroes. So originality is not a main problem actually.

Now, why I suddenly goes into all this 'superhero movies in Malaysia fails' thingy? Well, because I think to create a successful one like those out there, we might have to start like them which mean we have to start with comic. So this is why I decided to create CHU in the first place. However I had to admit CHU might still have its own weakness. So, I hope those who are reading this post can help to contribute by telling me what is your thought on superheroes so that in the future we will get a better heroes universe for Malaysia.

So, this is it for this post and I really hope that you would sound your thought in the comment below. Chiaoo !!!