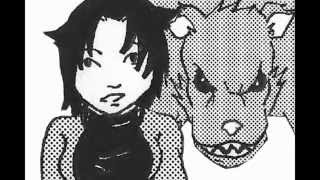 Three more weeks before Chronicle:The Demon's Son hit the web, in the meantime, check out the second trailer for the upcoming webcomic !!

Featuring  some of the scene expected to be in the comic, the 1:31 minutes trailer features Babak Pertama by Drama Band and Guren by Does as background song for the Malay version and Japanese version respectively.


Chronicle : The Demon's Son is a new on-going series from Comikrew Studio. Set in the post-apocalyptic future of 3000, when Trowa meet Dante, she was thrown into the crisis of the world cold war and found out the truth of the rivalries between Central Alliance and the terrorist group.

What do you think of the trailer ? Are you excited for this upcoming comic ? Sound off your thought in the comment section. Chronicle : The Demon's Son is set to hit the web on April 28th, 2014. Check it out at here, Comikrew Studio or at Inkblazers.com. Stay tuned for more updates from us and be sure to follow us at Comikrew Studio.
Chronicle CINEMA.. CINEMA.. CINEMA KOMIK Teaser video