Last week we introduce you to Diari Malaysia Asyikin, so we continue our introduction to 2014 titles with another title set to come out in 2014 ; Chronicle. 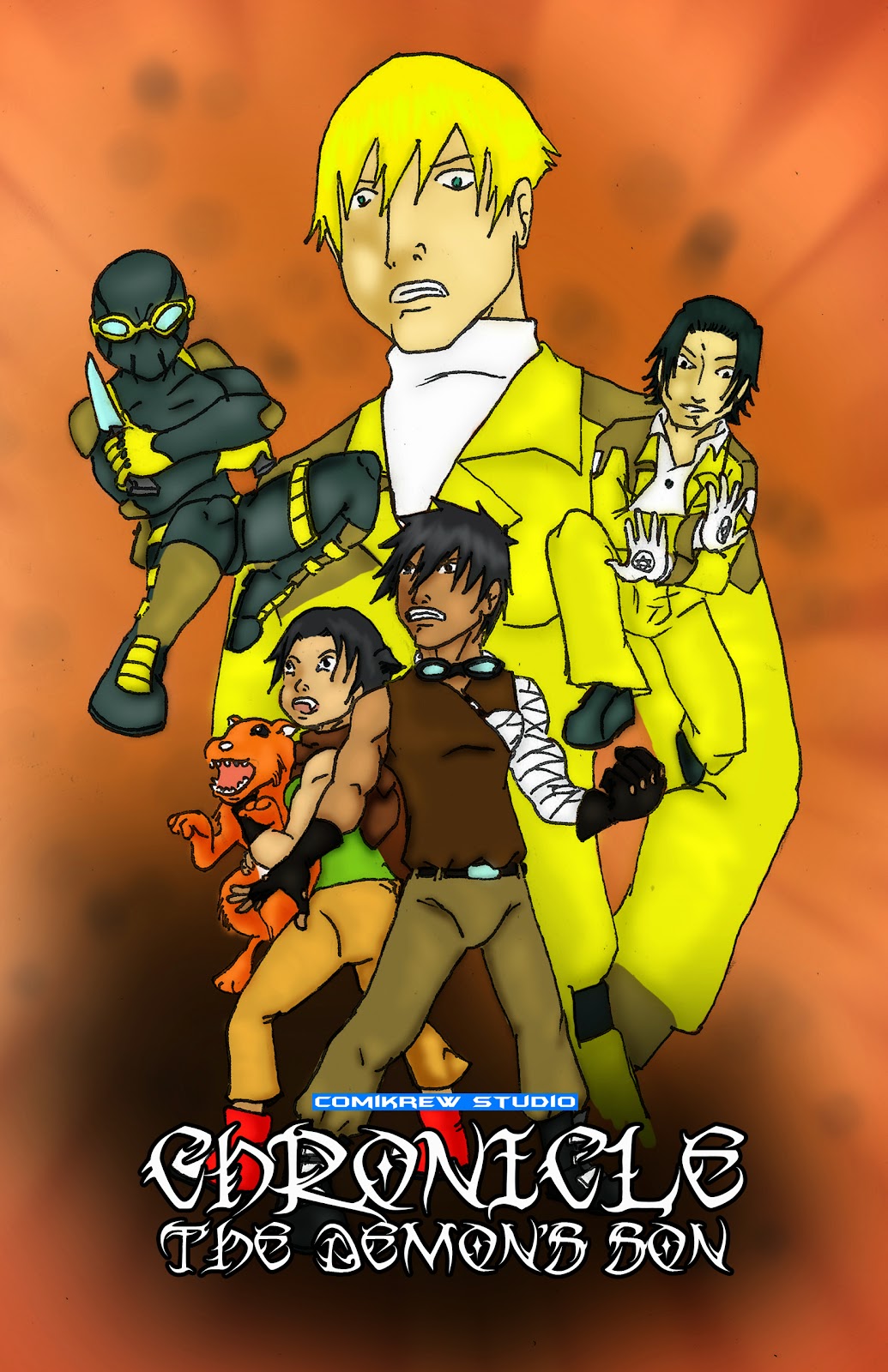 Chronicle is a combination of several concept titles that we had and have been scrapped for to allow other project to move forward. Major influence of the story came from the scrapped concept of The Zuhalian's sequel while some of it is taken from other project likes The Musyies as well as Chronicle.

Similar to Diari Malaysia Asyikin, each episode of Chronicle will consist of six pages. The difference is that Chronicle will be release in bulk meaning one storyline per release. The first storyline, The Demon's Son is set to release on April 2014 while the second one, Pirate Brotherhood set to be released sometime in August.

Synopsis :
Chronicle is set in the year of 3000 where the world has split into four alliance and at cold war with each other. When Trowa, a survivor of an attack by Central Alliance meets with Dante, a mysterious guy who is traveling to sent a package she is forced to embark on a journey to will soon uncover the true reason behind the war happening throughout the world.

Characters:
To avoid any spoilers, the character introduced will only be those that appeared in the first storyline, The Demon's Son.

Trowa
A girl from Pacifist Alliance who was stranded in desert after survived from an attack by Central Alliance. She was found by Dante and got tangled in a complex crisis of Central Alliance and the world.

Dante
A mysterious guy who is traveling with his pet, Buddy. He called himself a delivery guy  and is tasked to sent a package to another town.

First Lieutenant Zenith Eisenberg
An officer from Essen Central R&D Headquarter. She was sent to work with Patrick when Essen was attacked by terrorist.

Sargeant Major Nia Azmir
One of the soldier tasked to hunt the terrorist responsible for the Essen terrorist attack.

Sargeant Major Allen Smith
Nia's partner in her mission to find the terrorist on the Essen attack.

So what do you think of the story so far ? Excited to check it out ? Sound off your thought in the comment section. Chronicle: The Demon's Son is set to come out in April 2014. Be sure to head over to MangaMagazine.net to check it out. Stay tuned for more comic updates from us and be sure to follow us at Comikrew Studio !!