Between Art and Religion pt. 1 : Freedom of Art Lately there's been several news around me that involve the level of freedom for someone to enjoy, or even to make art. Today I want to talk a little and maybe give a two cents about what I consider the freedom of art.

To start off, I'm just a student who drew comic on his free time. Hence in term of law and legal things, I am not that familiar with. That being said what gonna follows is my personal opinion from my experience and maybe upbringing a little bit. I actually did a similar post back in 2010 talking something about this, however at that time, I would say my view is a little bit narrow at best.

Charlie Hebdo incident on international level, The K-Pop fiasco on the local level, and Malay drama on the personal level. All of these a the issues that I've seen on my feed lately and people began to give their opinion on whose to blame on each of this case. One of the similarities I've seen on each of this opinions are lack of understanding of the whole issue. Some barely understand the religion part of the issue, while other didn't understand the art side of the issue. Again, what follow after this is mostly my two cents and somehow my stands on all of these issue.

I'm gonna start on the Charlie Hebdo incident first. I understand that art is supposed to be free and we are allowed to express art freely but, at the same time I believe that religion is a sensitive issue and despite what religion you are, other religion has to be respected. What allowed in ones religion may not be in another. I had that experience personally when I released the first poster  for Nia Azmir for my comic Chronicle and she's naked. Some people look at it fine but most people consider the name is a sign she's probably a Muslim and feel like it is an insult. Similar to this case, other people might look at it and say it's satirical or funny but not to the Muslim. Nick Mason, one of the host of The Weekly Planet mentioned in one of the episode that a joke is a joke if you find it funny and in this case, some find the caricature as an insult, and the magazine publisher should have seen that coming.

That being said, killing is not at any level a justified way to protest. The Prophet Muhammad (SAW) himself has shown multiples time in his life that killing was never an option. I guess these attackers believe that was a jihad because of their intent, but do remember it will not be accepted if it is not done following the teaching of Islam. Sure, your action is depended on your intention, but it doesn't justify the means.

Now lets go to a smaller scale, recently there's been an issue regarding a K-Pop artist (I'm not that familiar about K-Pop) hugged and possibly (?) kissed a Malay Shawl wearing girl. The video went viral all around Malaysia  and now people began to condemn K-Pop somehow and the girl has been fine and put into prison for 6 months.

Now, whose to blame in this issue ? First of all, the girl should know better. You're a Muslim who wear shawl. The moment you have that attire, you are technically the ambassador of Islam. It is just the same as you go overseas and wear the traditional attire, you are now the ambassador of your nation. What happen in the video brought bad name to first yourself, second your family, third the nation, most importantly the religion Islam itself.

In the teaching of Islam,you cannot touched or hugged, let alone kissed someone who you can legally married to. However, under a certain circumstances, you may allowed to do that to avoid embarrassment to the other person (for example a leader, or a king). However, in this case, if you watch the video, the girls were willingly hug the K-Pop guy. It is nothing wrong to meet your favorite artist face to face, but know your limit. You should be able to politely decline and explain it nicely (though I doubt these K-Pop artistes are fluent in English).

Now, the fine and prison, is it justified ? Most of the complaint I read is that this happen because it was K-Pop and if this happen to be a western artist, let say Justin Bieber, it would be fine. No, I actually would disagree. The reason a legal action was taken because there is a public prove to justify the punishment. That is what Islamic law is all about, you can't punish someone if there is no prove. This brought back to UPSR leaking fiasco last year, to be fair, all the national exam paper leaked every year, but an action could be taken because there is prove now.  Also, the punishment is supposed to be a reminder and example to other people especially Muslim that this is against the teaching of Islam and wrong for all cases, not just for K-Pop. Islamic Law or Syariah Law is made not to punish a person but to give an example and reminder that the certain action is wrong and avoid it (maybe prison is too much, but again I'm not an expert in law).

Now, does that mean K-Pop should be banned entirely ? First of all, I'm against hedonism (a life that pursuit entertainment). I strongly feel that we can have entertainment, but religion (if you believe in one) and knowledge are the priority. If you love something, don't get obsessed of it, and don't put it in front of your religion. To me, liking K-Pop is not wrong, I mean I like to listen to J-Pop songs, but if that somehow clash with your faith or stand, leave it. Also, this is one thing I tend to agree, I do believe if you enjoy a song or anything, try to know the meaning of the lyric. I always search the English lyric for the J-Pop song that I listened to just so that it doesn't clash with my principle of religion.

Now lastly, wow, this is a long post isn't it ? Recently, I saw a post (taken from Theantdaily) from my cousin about a Malay drama. It is about a couple who is forced to married, but then mutually agree to have extramarital affairs. The wife then was pregnant of the child of her boyfriend (illegitimate child) and the husband was fine and willingly responsible of the child. I don't know what the ending is but I assumed they learned their lesson. Now, what a story right ?

I understand at the end of the story, viewers should learn something, a moral, but sometimes, it was too dramatize that the moral doesn't really hit strong. Lets take the story we are talking here for example, at the end of this story, the creator want the viewers to know that extramarital affairs is wrong and lead to your own destruction but then, but will it ? To make sure that this kind of moral delivered, you must have your conscience in the story itself, the one who able to connect with the audience and inform them that what happen in the story is wrong, if you just show the couple with everyone around them is just fine with they are doing, there's no way the moral will be successfully delivered. 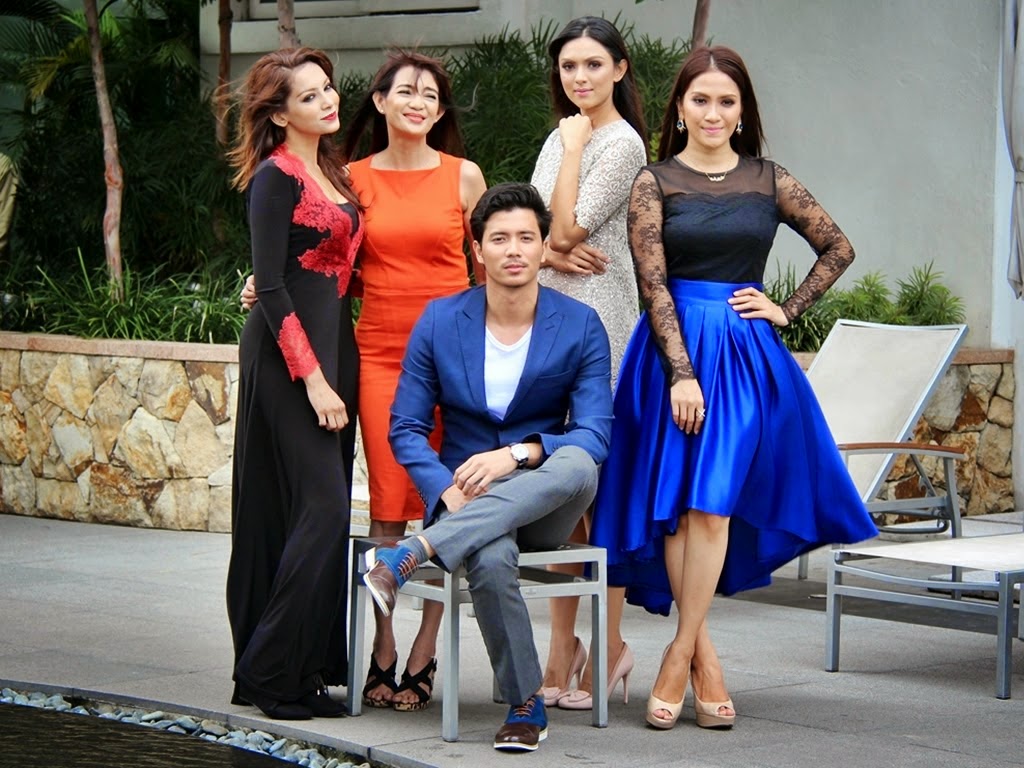 Some parent concern that all these drama would give bad influence to the child especially young one. This where the parents themselves , TV Rating, and also creators come in. Parent should be aware that if a movie is rated R or in Malaysia case 18, there is no way it would be suitable for kid that is 13 or 10 years old. Heck, even if the rating is PG, you should know that is 'Parental Guidance required' so don't leave your kid watch it alone, because some scenes in the movie may not be suitable to them. I am not gonna go into much of rating as I will cover it on Friday.

I do however agree that censorship and rating of Malaysia TV should be improved. A drama like I mentioned earlier is barely R in rating because it has a highly sensitive religion issue. It seems like Malaysia rating is this; Drama and Comedy is PG , Horror and high intense action is 18, animation is U. No, if the issue touched in a drama or comedy or animation is sensitive, it still could be 18 or R or whatever the rating is.

The creator on the other should be aware on not just the target audience but also the screening time. if this screened at 7-10 pm (primetime in Malaysia) made a show that is suitable to be enjoy by everyone, so U to low PG . Also don't just slap a religion theme titles on your drama or show. Make sure it successfully delivers the message it wanted to because no matter how much you want to establish that, if you fail to do so , you fail to do so.

So what do you think of this issue ? Do you agree or disagree ? Sound off your opinion in the comment section. Stay tuned for Friday for a follow up of this article when I talk about rating. Don't forget to like and subscribe us at Facebook, Youtube and Tapastic. Finally be sure to keep following us at Comikrew Studio.
CERITA AKU INFO ISLAM Malaysiaku yg. tercinta news REPEKAN SENI