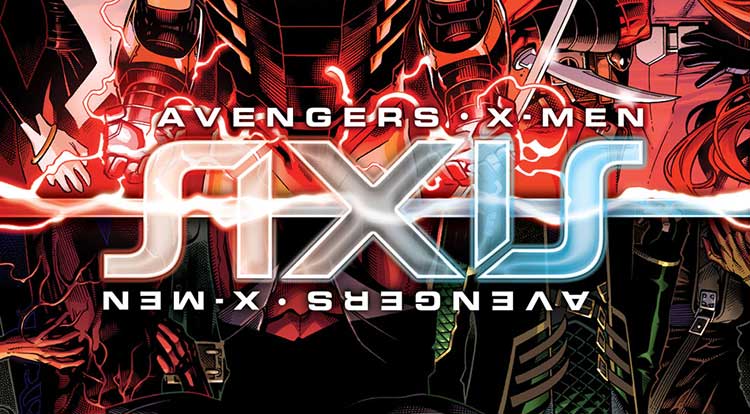 After a wild ride, Marvel newest events; AXIS finally ends. How does this event stands up compared to other previous Marvel events ? Hit the jump to find out.

I think I mentioned this several times that I like an event when it does two things, it gives us proper closure in the sense that it does not  lead to another events and it shakes up the status quo. To me, AXIS is a proper events because it did give those two things but does that makes it a good event or storyline, not really.

Some of you who knows me well, know for a fact that I hate this event. I don't think Rick Remender writes a good dialogue, the story is all over the place, the pull factor is misleading (Avengers-X-Men United, really guys ?) and Terry Dodson really dropped the ball in term of arts. However, this final issue turned me over a little bit (pun not intended) but it still not good enough to make satisfied with the overall events.

Lets talk about the final issue first, the dialogue improved in this issue. I feel like it is less one-liner that it is usually is. Some of the story is good, Loki-Thor part was certainly the best one here. The final White Skull- Magneto moments was subtle but a really good touch. Steve Rogers, Apocalypse, and Falcon (I refused to tell call him Cap,I get to this later)  storyline on the other hand was a little bit chaotic.

If there is one thing that Marvel lack in their comic line is continuity and time line control. Just a short comparison, DC always control their released to make sure that everything is in a proper timeline, if this title supposed to happen after this event, it will be released after the event no matter what. The lack of control on Marvel side make some of the things that happened in the conclusion less surprising and confusing.  An example of less surprising is Iron Man is one of the person that is not reverted, you kind of expect that to happen when he had a title focusing him becoming a jerk and he becoming a jerk in the current Avengers title. An example of confusing is when Loki picked up the hammer, I was confused for a while until I realized that this happen before the new Thor arrived because Odinson still has his hand. I support Marvel to not just keep rebooting their line like DC but come on, control the continuity at least. 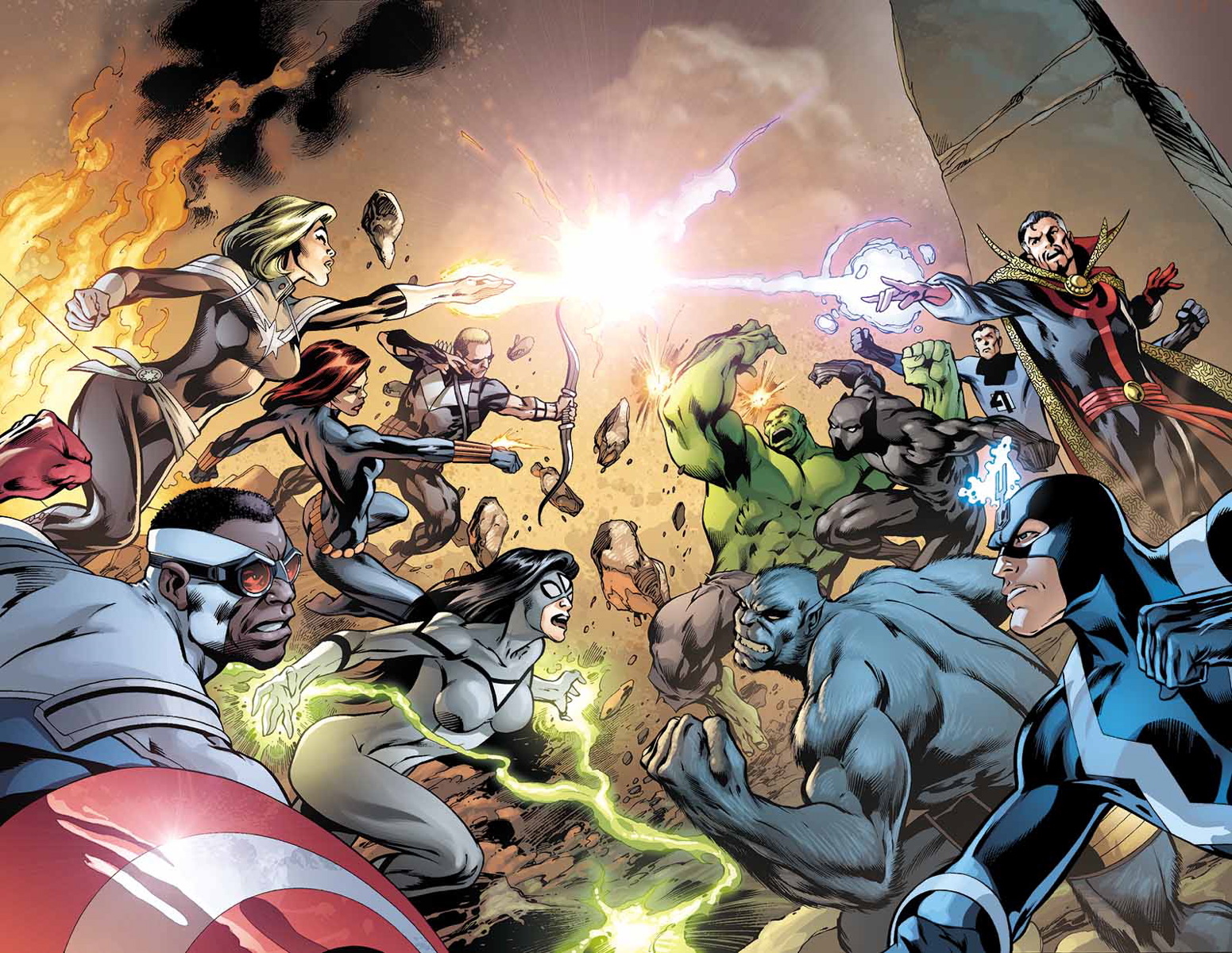 The  closure was good in the sense that you are not lead to another event (Infinity, good event, shit ending). However, a lot of question left unanswered especially in term of who's got reverted, and who's not. We know Iron Man and Sabertooth did not but it seems like Loki isn't either and if there is no way of choosing who will be affected, is Steve now inverted leading to his unexplainable action (we know he was mad at Stark in Original Sin, but he looks fine working with him at the beginning on AXIS, again time line and continuity) in the current Avengers title ? Also, stop this Falcon is now the new Cap stunt. I'm all on board in making Cap black but I think Falcon is too much a define character at its own for him to become the new Cap. The difference between Bucky and him is that when Bucky took over, you don't see the shades of Winter Soldier on him, what you just see is Cap but you can still mostly see Falcon on the suits and that what distract you from it.

In term of art, Jim Cheung did most of the art but I don't know why Terry Dodson was given the art for the conclusion. It was bad and really distract me from the conclusion. I always believe you give the best artist to the conclusion because the quality of the ending (art and storywise ) will defined the story as much as the beginning of the story.

Overall, AXIS was a serviceable events, it did what it did but it failed to give more that it should be. I give AXIS 3.0 out of 5.0. Proper events but the story is all over the place, the conclusion is confusing and also it just look like a wannabe DC 's Forever Evil.

What do you think of AXIS ? Do you enjoy it and disagree with me ? Leave your thought in the comment section below. Stay tuned for Comic Book A-Z next Monday. Don't forget to like us on Facebook, subscribe us on Youtube and be sure to keep following us here at Comikrew Studio.