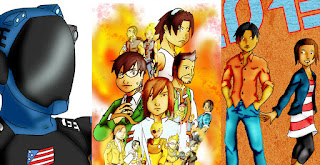 2016 is almost over, and what better to look back on the great journey we've been through. Hit the jump to check out the big moment for Comikrew Studio throughout this year.


In comparison to the last time I did this, this year was a little small scale. But, that doesn't mean there is no notable to look back to. Lets walk down the memory lane and see some of the biggest moment for Comikrew in 2016.

What better way to start than the first event for Comikrew in 2016. Love Marathon is month where you had a constant release of love story. For its freshman year, it had three story with a very diverse mode into it. As those who followed me will noticed, it will return for a sophomore year next year. So be sure to stay tuned for Love Marathon 2017.

Reviewstravaganza
I sure slow down in term of reviewing back in 2015 after I graduate, but immediately in 2016 I kick back the gear and with the exception of the Ramadhan-Eid period, I got at least 1 review per month. Whether it is for movie, comic book, or even TV drama. I can assure the trend will continue next year especially there is a lot of exciting movie awaits in 2017.

Inktober
I didn't cover this much on the website, but my Instagram came to life with this year Inktober. Of course, I did miss a day and it was super tiring but I am pumped up for next year. If you want some preview of 2017 upcoming comic, browse through my Inktober. You'll get some. 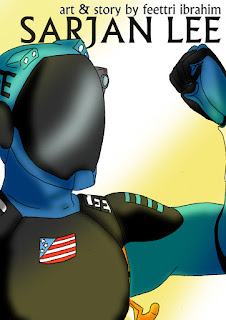 Yup, I didn't win last year but that didn't mean I'm gonna give up. This year I joined CKOM again with again, a weird comic overall. In comparison to the rest of submission, my comic stands out to be an odd one (not that there are nothing weirder than mine), but if you haven't check it out, you better check out Sarjan Lee on Mat Komik now. Just click the image above.

And that's about it for the recap. As I told earlier, it didn't had as much moment as 2014, but I think this big moment signifies progress and that's good. Though I'll hint you that 2017, I'm trying to go big like literally. So stay tuned for 2017 preview in early January.

So what do you think some notable moment for Comikrew this year ? Anything not from the list ? Sound off your thought in the comment section. Be sure to follow and like Comikrew Studio right here and on Facebook. Don't forget to subscribe my comic on Tapastic and finally follow and hit me up on Twitter.
CERITA AKU COMIKREW comikrew love story INFO KOMIK Malaysiaku yg. tercinta REPEKAN Special Event