Last week, New York is barged by comic book fans with the arrival of New York Comic Con. A lot of news broke including trailers for upcoming movies, preview of upcoming comics and bunch of news we don't actually care. Hit the jump to see the biggest highlight of this year NYCC.


For those who actually followed this year NYCC will know that it was a clickbait preview up there as the weren't so many big news released especially on the comic book side. DC Comics is still riding the wave of Rebirth so they are not looking any major wide universe changing event anytime soon while Marvel Comics is in between their delayed-nobody-cared Civil War II and their force-to-released Marvel NOW! and already-another-event  Death of X, so any announcement will essentially spoiled the outcome of those three.
That being said, ...

Marvel decided to bring in their TV Avengers instead to NYCC. We got the first look of Iron Fist set to released March next year. Also we got our first new casting for The Defenders in Alien's Sigourney Weaver set to be the villain of the series.

DC Animation had one big announcement which is a sequel to the recently released Batman:The Return of Caped Crusader is confirmed. The villain has also be revealed as Two-Face that will be voiced by Star Trek's William Shatner (He's the original Capt. Pike). The studio is also playing an idea for a Wonder Woman's animated movies next year. Considering that the Justice League animated movie slot has been filled by Justice League Dark, we might be looking at a Batman/Wonder Woman team up (a reboot of the Wonder Woman turns into pig, anyone ?). 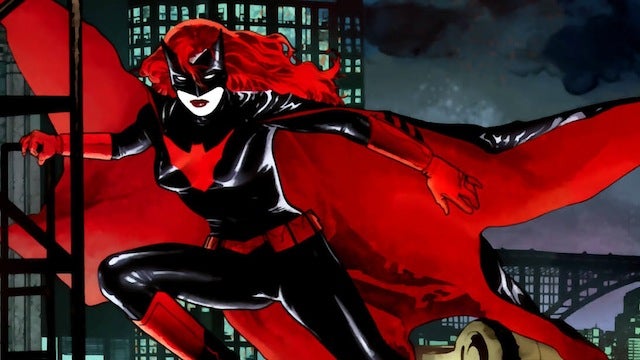 For the comic book news, I decided to just lump them together as there is not many news coming out this year. DC Comics confirm the second wave of Rebirth with Batwoman solo series, Justice League of America consist of Atom (Ryan Choi), Vixen, and Killer Frost (for some reason), and finally Super Sons. Marvel only announce one new comic (the one that got attention anyway), Ms. America.

Valiant kicks off their venture into live action with a web-series; Ninjak vs. Valiant Universe. Ninjak will be portrayed by Arrow's Micheal Rowe and from the trailer, the aesthetic feels a little bit CW. I'm not familiar with Valiant but you can actually see another Valiant character, Bloodshot.

You better believe it. Power Rangers return with a new movie trailer and it looks really good. Some has mentioned it looks like Chronicle a little bit and it does veer into YA a little bit this time instead of to kids. There's not much morphin's but you do get to see the titular villain, Elizabeth Banks' Rita Repulsa.

Lionsgate also released the very first look of John Wick's sequel. I haven't watch the first one, I know, but this second one actually look more generic that the dog-avenging plot from the first one. But we can just hope, eh ?

You might have also heard news from Fox's Logan and Warner Bros' Justice League but unfortunately that's not from NYCC so I won't cover that here. Anyway, which of the news is the biggest reveal from NYCC ? For me, it had to be Power Rangers. Sound off your thought in the comment section. Stay tuned for a probably some review later this week, but no promise. To keep up to date, be sure to follow and like Comikrew Studio right here and on Facebook. Don't forget to subscribe to my comic at Tapastic and finally follow and hit me up on Twitter.
About Superheroes Comic Book Movie INFO KOMIK Movie-Freak news Special Event