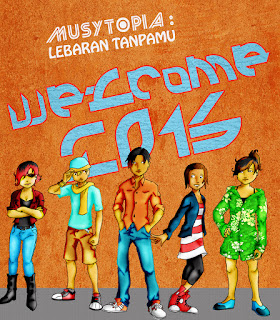 First off, 2015 was concluded with chapter 6 of Chronicle: Intermission.

Now we got past that, January will be a slow month as I am going out of town again and will be busy for a Comikrew event in February (more on that later). First of all, I'll still try to release the final two chapters of Skuad Satria. Also, Chronicle will also continues with its Intermission arc.

While it is a slow month for January, that doesn't it will be for the whole year. As some of you who have been following realized, I have been releasing several tease on what's coming in 2016. Now, it is finally the time to reveal what do those tease mean.

Kicking off in February is Love Marathon. Famously known ad month of love, Comikrew celebrates the month with three love stories from Comikrew Love Story. The first one will be 'Not The End' , the comic that most of you might recognize as my submission for 2015 Malaysia Online Comic Challenge (I didn't win anyway) . 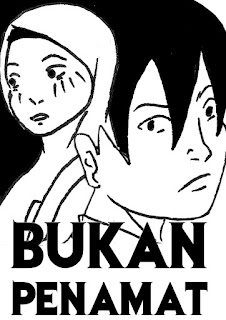 The second one is Bloodline Vengeance, a romantic superhero comic. This is also a pilot for my next superhero project. The third title is 'Heal Your Anger with My Love' , which features Hikmal, and Dr. Latiffa from National Crisis. This is one comic you shouldn't miss if you're a fan of National Crisis. 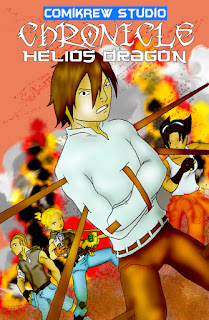 With the Intermission arc ends in February, Chronicle will continues in March with its third arc; Helios Dragon. Three years after the incident in Pirate Brotherhood, Trowa, still in her mission to find Dante, got dragged into a conflict between the military of Helios Federation and a mystery man only known as Helios Dragon.

The last one (It seems like this is more of a preview for the first half of 2016) will be Comikrew's annual Eid Mubarak event. This year, I'll be revisiting one of my earlier project; Musytopia. The comic will explore one of the storyline tease in my most favorite work; SMAP. It is also inconjuction with Musytopia 10th anniversary.

And of course, I will be doing review for movie (we have chocked full of comic book movie this year), and I'll be back doing comic review soon. So stay tuned for all that in 2016 and hopefully with Comikrew entering its 11th year, there will more good things to come. Follow and like Comikrew Studio right here and in Facebook. Subscribe to my comic at Tapastic, and finally follow and hit me up on Twitter.
About Superheroes Budak Kampung Chronicle CINEMA.. CINEMA.. CINEMA Comic Book Movie COMIKREW Comikrew Heroes Universe comikrew love story INFO KOMIK National Crisis S.M.A.P. Skuad Satria Special Event