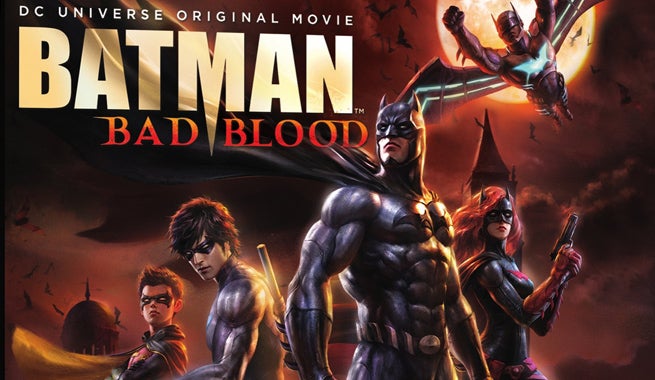 DC Animated kicks off their 2016 with the release of Batman : Bad Blood. Act as the direct sequel of Batman Vs. Robin, does DC Animated manages to gain a good start for this year or will it be another lackluster release from this trusted brand ? Hit the jump to know my thought.

Batman : Bad Blood literally kicks off with a similar scene as the music video of Taylor Swift's Bad Blood. Is that a homage ? Who knows. Anyway, Batman : Bad Blood revolves around Batwoman who believes she had seen the death of Batman. In the absence of Batman, former Robin Nightwing has to step up and at the same time investigate what actually happen to Batman. 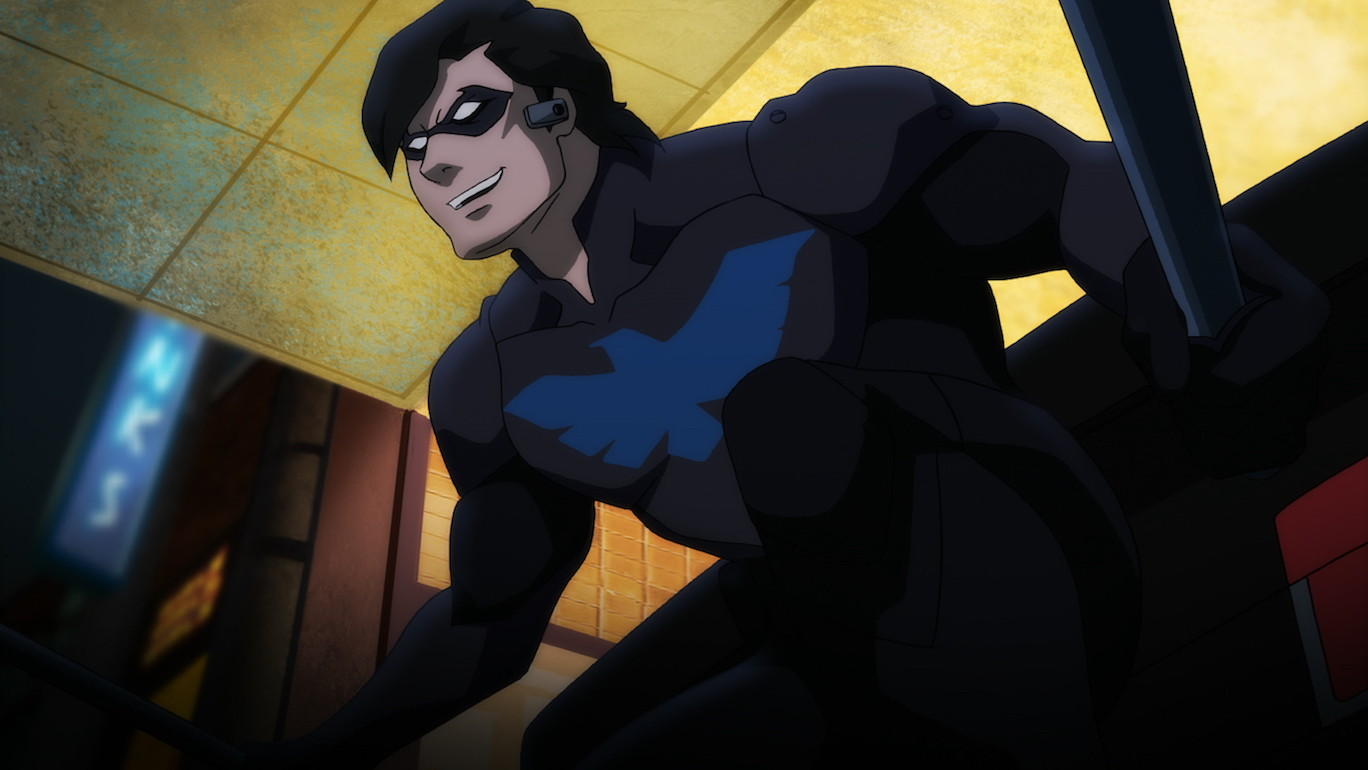 In contrast to the previous movie, this movie doesn't really have great action sequence, but it does have a lot of enjoyable moment. The introduction scene of Nightwing is especially great accompanied with the returning voice appearance of Starfire. The movie also seemingly hinted that he is actually the leader of Teen Titans or at least a mentor. With a little over an hour, it is surprising to see how the movie manage to fit three subplot but didn't hurt the flow of the plot of the movie. Also the best thing about this movie is it is an original story, while it took several storyline from comic book in particular for Batwoman and Batwing, the overall storyline is still original and that is something that should appreciated.

It term of character, you could guess I really enjoy Nightwing in the movie. I think Jay Oliva really know how to write Nightwing. In a world where everybody is brooding, Nightwing seem to be so lighthearted, but at the same there is complex in him that contrast him and Damien. Robin and Batman surprisingly doesn't do much in the movie, well Batman was "dead" most of the time. Alfred is surprisingly another highlight of the movie, you even got one bad ass scene. For Batwoman, somehow, she is more interesting as Betty Kane (which is one of the reason that hurt the Batwoman's comic) though her homosexuality wasn't deal that good in the movie. In term of voice cast, there wasn't any highlight. Everyone looks comfortable in their role. 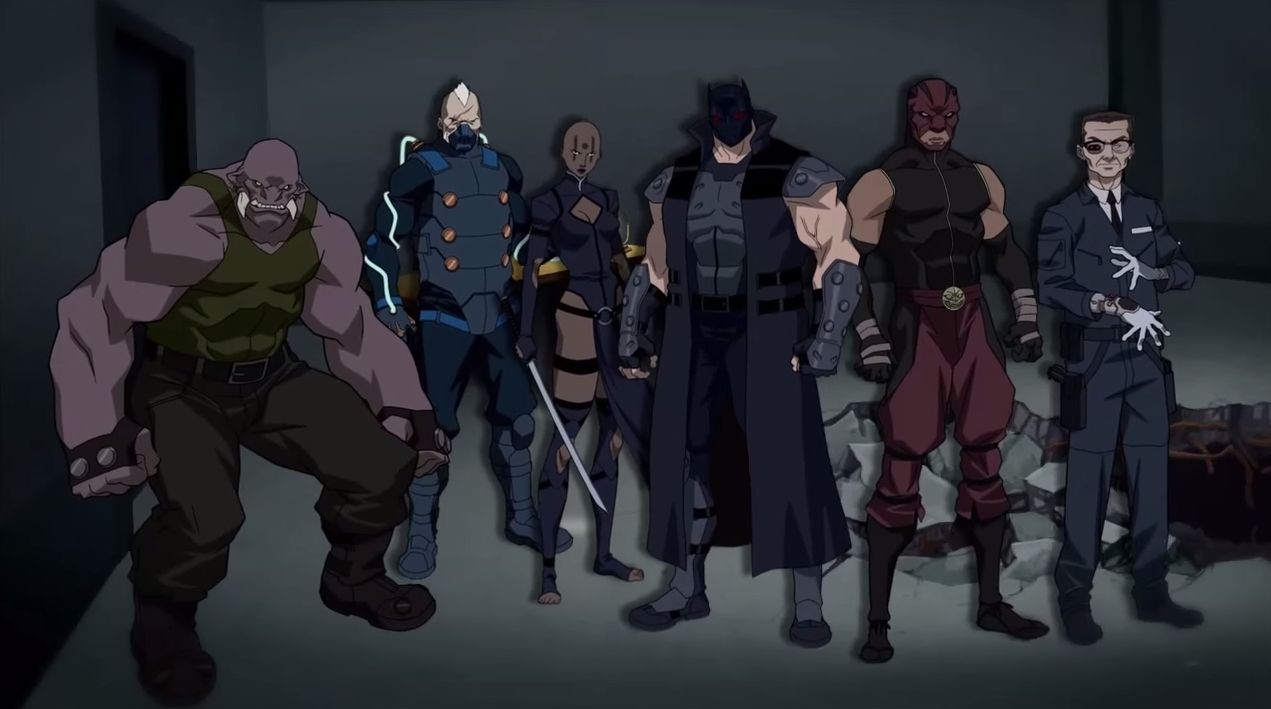 Villain wise, I don't think I should spoil it that much but consider this as more of direct sequel to Son Of Batman than Batman Vs. Robin. The villain is necessarily menacing but it goes with the theme of Bloodline and the actual villain's objective to be nicely hidden. In term of easter egg, I have mentioned several earlier. The returning voice appearance of Starfire, and a hint of Teen Titans (who will make their debut in the next movie). One thing worth to mention is that Tim Drake and Jason Todd seemingly doesn't exist in this universe despite it being relatively the same as the Bruce Timm's universe. Also there is one voiceless appearance at the end of the movie which might be connected to the next installment of DC Animated movie.

Some of the flaws has been mentioned, Batwoman's homosexuality wasn't deal nicely. I don't know if it was just me, but there was a break in the climax of the movie that seemingly odd though it make more sense as  the story goes but scene before this break was so big that you feel like it was actually the climax of the movie. Also, Batwoman to join the bat family at the end is a bit weird as she insist not to throughout the movie.

Overall, it wasn't as great as some of the previous movie but it wasn't as disappointing as the recent release. I gave Batman : Bad Blood a 4.0 out 5.0. It is an enjoyable movie with flaws that is not glaring obvious that took you out from the movie.

So what do you think of Batman : Bad Blood ? Sound off your thought in the comment section. Stay tuned for more movie and comic review from me. Follow and like Comikrew Studio right here and on Facebook. Be sure to subscribe to my comic at Tapastic and finally follow and hit me up on Twitter.
About Superheroes CINEMA.. CINEMA.. CINEMA Comic Book Movie Comikrew Reviews Movie-Freak Review Movie