Terminology and Jargon : The Multiverse, The Microverse, and The ElseWorld

With the barrage of Comic Book Movies and TV Shows available now, it is easily got confused when the show or movie got to much into the lore and it doesn't help when you geek friend are using similar confusing term in their explanation. So here are some of the famous term used in comic and comic book geek.

I'll be honest, the real reason this post exist is because I don't have anything to post this week as Skuad Satria #16 is yet to be released. However, with the abundant upcoming slates of comic book movies, I guess this is best time to get into some terminology and jargon used primarily by US comic, will there be manga's jargon ? Who knows.

Multiverse
Almost everyone familiar with Multiverse. It is a concept in which there is an alternate earth exist in which an event happened within time took an opposite or different course (similar to like What if the road not taken in the poem was taken). DC Comics is famous for using this concept to tell a story of a familiar character in an interesting twist. You may recognize this concept from the DC Animated Movie in where they met the evil version for themselves, or in the Justice League animated series where they see the world in which The Justice League become a dictator. The Multiverse was re-established in DC Comic due to the Convergence event.

Microverse
A simple explanation of Microverse is it is similar to Quantum Realm in Ant-Man. However, Microverse is a term used by DC Comic for their character; The Atom. However unlike Quantum Realm, The Atom can enter and exit the Microverse freely and in it, he can ride the atom of air or move freely between the molecule. 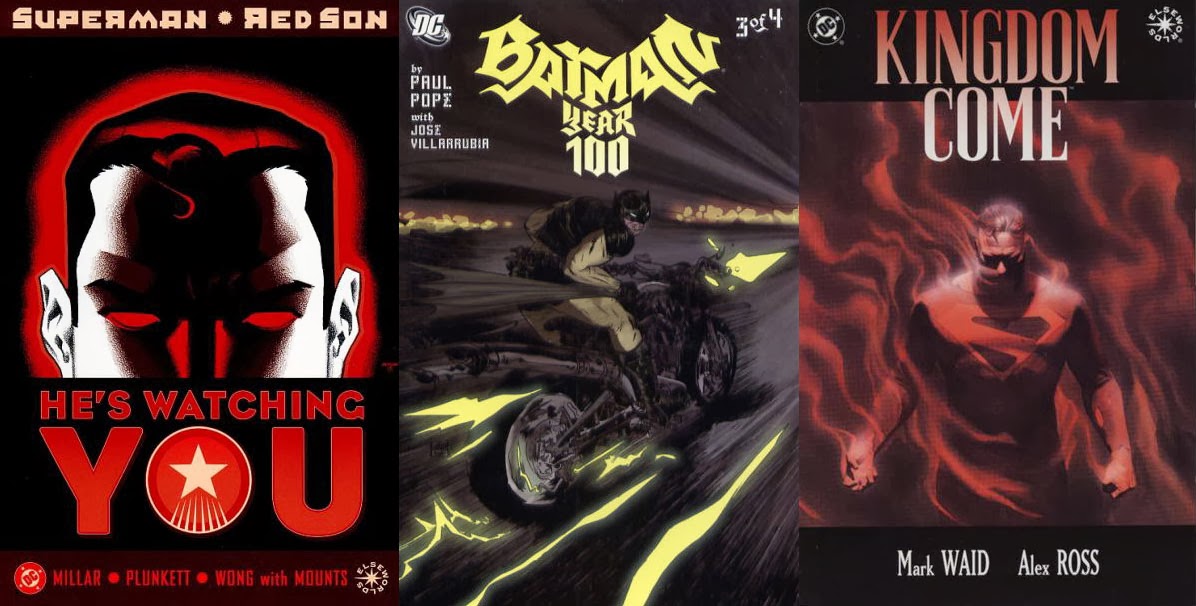 Elseworld is another term used by DC Comics for their Multiverse. Elseworld is used when after Crisis on Infinite Earth destroyed the Multiverse. However unlike Multiverse in which it sometimes an insanely ridiculous take on the character, Elseworld can seemingly happen in the original universe itself (Kingdom Come is the best example of this Elseworld)

Earth Prime
Earth Prime is a term used in DC Comic's Multiverse as the original earth than give birth the multiple earth. It is usually the main earth used in the DC Comic storyline. In the recent incarnation of New 52, it is Earth-0. During when it just begin, it was Earth-1. However it is not all the time. In the DC Animated movies, it was neither Justice League earth nor Crime Syndicate earth. In the Infinite Crisis, Earth-prime is Earth-32 in which is essentially our Earth where there is no superhero but the one that effect the other universe the most.

Ultimate universe is Marvel alternate earth. It was established to allow writer to have their own take on Marvel famous character without being bogged down by their 50+ years of origin. It is well known for the infamous twincestious relationship of Quiksilver and Scarlet Witch and responsible for introducing the world to Miles Morales. Ultimate Universe was decimated during the recent (still ongoing ?) Secret War event.

Earth 616 is the term coined for Marvel main universe. This is where the Thor and Iron Man and Captain America we know and love came from (not really, most of the movie adaptation took inspiration from Ultimate Universe). Earth 616 recently has been 'moviefied' as in the character started to follow closely their movie counterpart (Star-Lord). The universe has been rebooted (sort of) during the recent (still ongoing ?) Secret War event.

So this end up becoming a post about the term used to represent the world and universe in the comic. Did this help clear up your confusing ? Did it just add up more ? Sound off your thought in the comment section. Stay tuned for more interesting terminology and jargon in the future. Be sure to like Comikrew Studio on Facebook, subscribe to my comic on Tapastic, and follow me on Twitter. Finally, follow Comikrew Studio for my latest activities.
About Superheroes Comic Book Movie INFO KOMIK Terminologi and Jargon