This year has been a blast for me. A lot of things have happened, and as the year comes to an end, lets look back at this year wonderful journey.

A new universe, an original story

What a best way to kick off this journey than talking about Chronicle. While the storyline, characters are inspired from various source, this is the first story where it is not connected to any previous established storyline in any Comikrew produced comics. Chronicle is available online but currently on hiatus as I'm transferring my comic to a new host site.

Chapter Intermission
After two years in US, I decided to head home and looked for new experience back in Malaysia. While struggling in some online class, I got a chance to create a logo for a community mosque at my hometown and managed to finish my very special Raya episode and at the same time jump back into National Crisis universe.


I'm Kind of a Big Deal
Fall 2014 kicked off huge time as I sort of involved in Taste of Asia and joined my last Malaysian Night. While not really a perfect event, it was certainly the biggest and one of the most memorable experience for me in Purdue. I mean, who can forget the moment when I made someone younger than me look way older. If you wondering why I choose the sentence as the title for this, check out my Facebook and you know why.


Of course while busy with independent project and PUMSA Malaysian Night, I also had some class project need to be done. One of it is this , Spacebox, a project for my animation class.  As my first full animation project, it was really a good project and I learned what it is the true meaning of group effort and being a leader.

Eraser : Me at poem and filming


Another class that I enjoyed is the single camera production. For my final project, I got a chance to create this video which is a combination of all my three non-CGT class; Creative Writing (the poem), History of Film (the style of filming) and of course the single camera class itself. If you've seen my comic book and nerd style stuff, check this out for a change.

Of course of the biggest project I worked on is Outbreak for CGT 346. I worked on one other project as well, but this is the biggest one. I got a chance to do the pre-production as well as character design. While, the final design is not even close, it still took some of the inspiration from my design. It is also the first project in which I learned what it is mean to work in production industry (staying up late, last minute call,parking issue) and I got a chance to wear a zombie make-up. 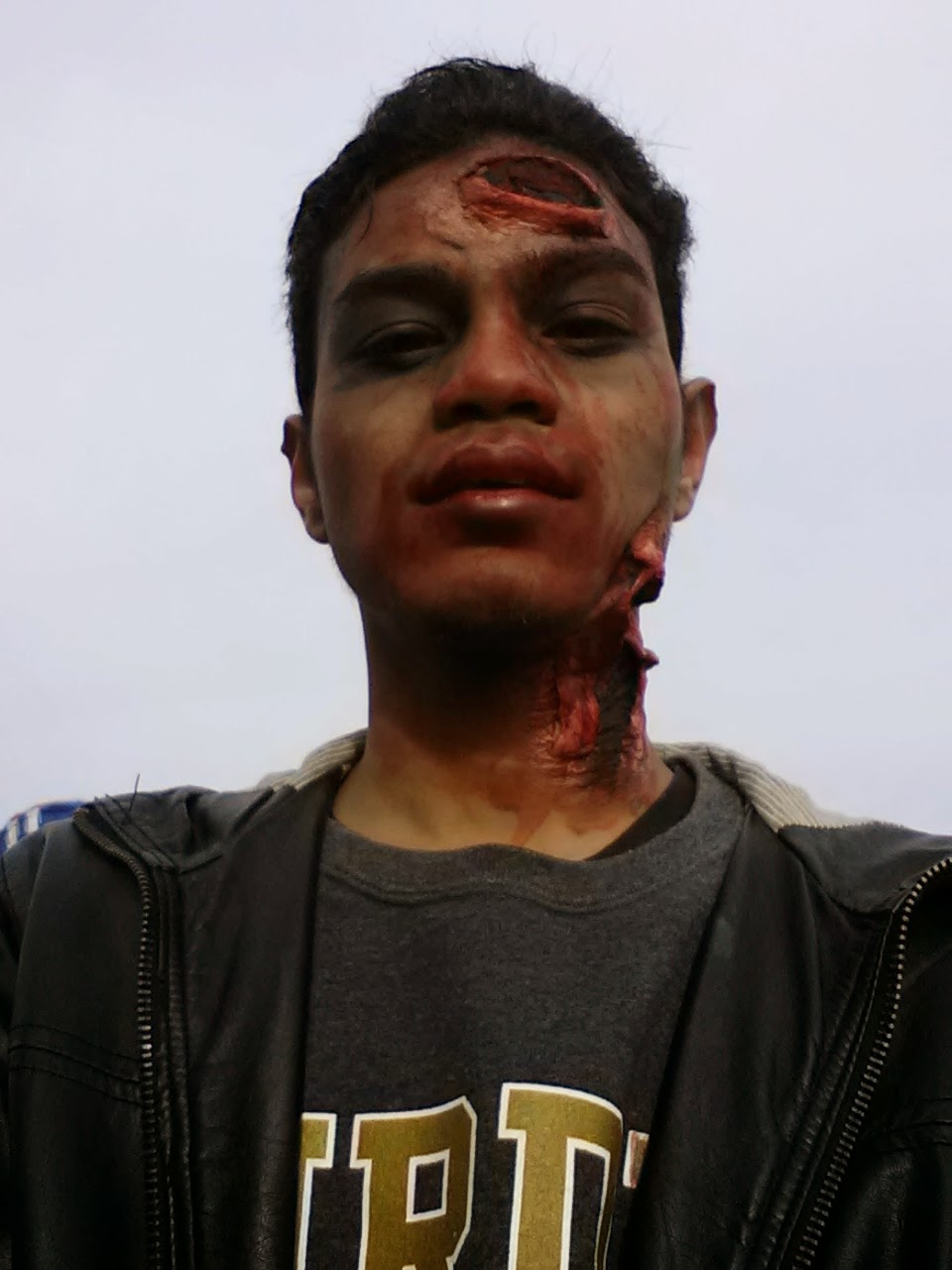 Of course closing this year is Comikrew10 in which Comikrew Studio finally turns 10 years old. Afer 10 years, and looking back at all my achievement, it was a pretty long year and journey. From just drawing comic, now I'm doing pre-production, animation, and putting my comic online. Of course, Comikrew Studio will not just stop here. As some of you might seen, I've start a new series in my Youtube channel; a Speedpaint series. The series will be regular and I'll be doing fan-art as well as time goes on. The first episode is available below.


What's next ?
2015 will probably a slower year for me as I'm transitioning from a college student to a real life full blown job hunt adult. However, Comikrew Studio will not stop. After I'm done with moving my stuff to Tapastic , Chronicle and National Crisis will continue as regular titles and Comikrew10 will continue throughout next year. Speedpaint will be a regular video on my Youtube channel. I'll probably do more video stuff as well, do movies, animation, and TV series review and continue to get my comic published. As 2014 come to close, thank you for all of your support and I really appreciate it. Please look forward to 2015 as Comikrew Studio continues to develop and produced more and more material.

So what is the biggest achievement of Comikrew Studio this year ? Sound off your thought in the comment section. Stay tuned for Comic Book A-Z next week. Don't forget to like us on Facebook, check out our comic on Tapastic, our video on Youtube, and be sure to keep following us here at Comikrew Studio.
About Superheroes CERITA AKU CINEMA.. CINEMA.. CINEMA Comic Book Movie COMIKREW Comikrew Reviews MANGANIME Movie-Freak National Crisis REPEKAN Special Event video