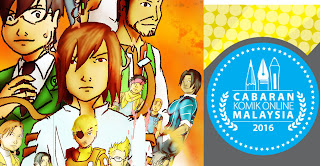 November will be big for Comikrew as Chronicle reaches its penultimate chapter and CKOM is back for another year with a silent comic theme. Hit the jump to find out what are coming to Comikrew this month.


First of all, I'll be on silence the whole next week as I'll be out of town. But no worries as I'm still releasing Chronicle the week after that and the last week of November. Also, I'll be joining CKOM again this year so expect an extra comic coming. 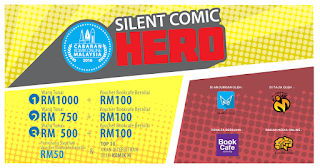 CKOM returns again this year with the theme of silent comic hero. I'll be joining though I'm only start working on mine after I got back. So, no preview but I can give a hint that it partly inspired from Metroid. So figure that out. Be sure to check out the comic when it is out on Mat Komik.

In term of review might be not much. I'll probably review Moana if I got to it. However, there is some comic that I've been reading that I might do a reviewstravaganza on especially as Gempakstarz seemingly having a renaissance right now.

Also Purdue just had their Malaysian Night recently. I believe you can watch it on their Facebook page if you missed it. Will I review it ? Not sure yet, but I gotta say that I'm pretty excited to watch it as it is based on the tale of Hang Tuah and I wonder if it can top the 2014 version in which we did Puteri Gunung Ledang. That was insane though.