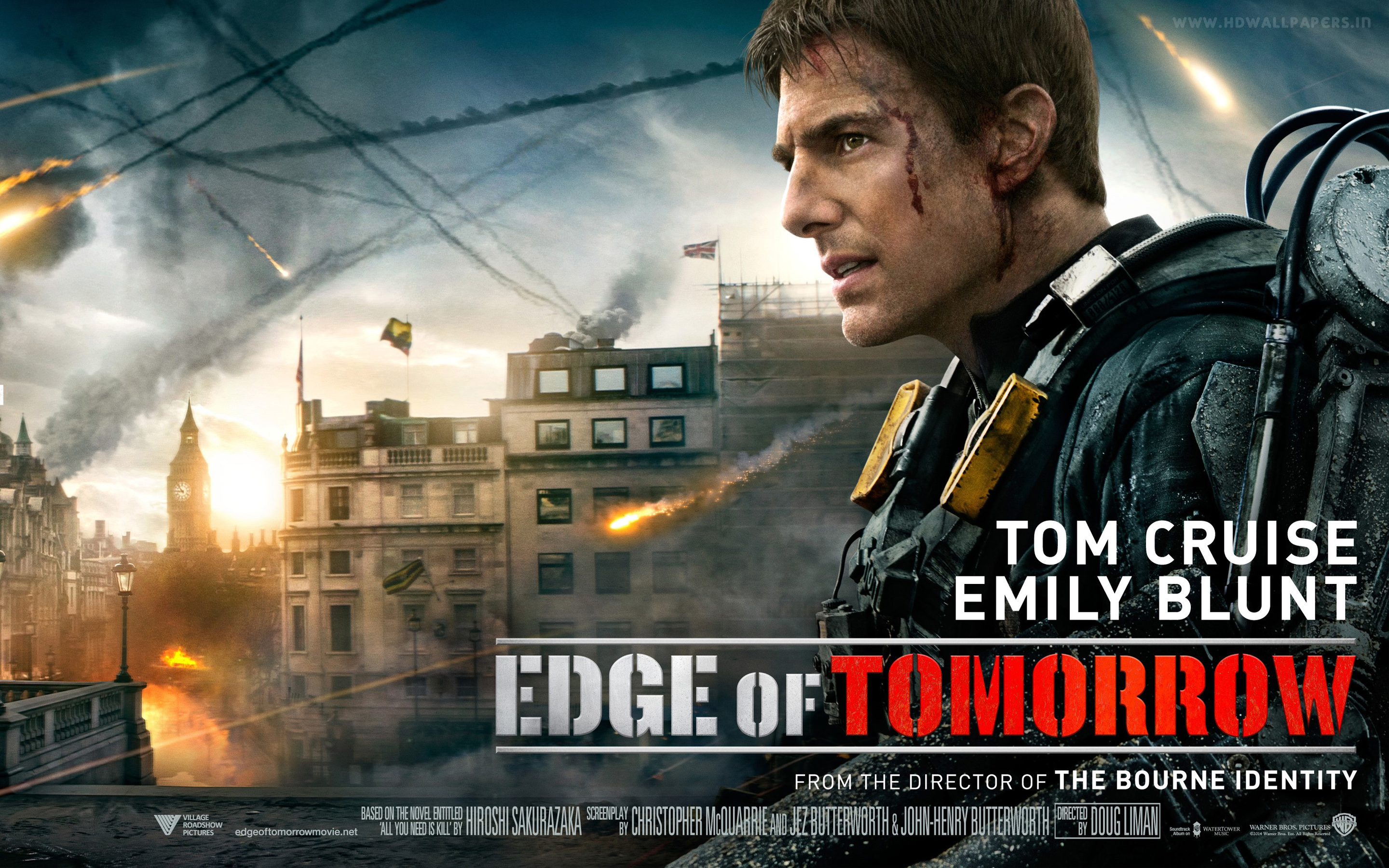 Edge of Tomorrow is another Hollywood attempt to adapt a Japanese story. So how does it stands among the other Japanese adaptation ? Is it a Dragonball Evolution or is it a Godzilla ?

First of all, I never planned to watch this movie and choose to watch The Fault on our Stars at first. However hearing the great reviews but suffers at the box office, I feel like people should know more about how great this movie is which why I choose to watch this one first instead. I will watch The Fault on our Stars but will not review it because it is already well known a great movie.

Based on the manga 'All You Need Is Kill' , Edge of Tomorrow revolves around inexperienced army officer, William Cage who is shoehorned into a war. While he died, he obtains the aliens ability to go back through time every time he died. As he meet Rita, they worked together to end the war once and for all.

To me, Edge of Tomorrow stands out that despite it whitewashed the main character, it still holds true to the characteristic and quite loyal to the story, and it is also help that Tom Cruise played the main character. His performance is good as usual and it is a brilliant choice in my opinion to make him this inexperience guy not just in a war in any battle by setting him up as this HR officer instead of making him a real soldier.

The effect was good. I really love how they handle the alien. At the same time, it is a wise choice to make the exo-suit non CGI because I don't think it would look as good with all the explosion and the battle happening throughout the movie.

What I like about the movie is that they don't talk you down. As the time is keep repeating, they wisely choose which scene should be repeated and which one don't. Also as the movies goes along, it getting blurrier and blurrier how many time that thing has been repeated allowing you to keep wonder how the story gonna goes from there. There is two scenes in the movie that use this style at their advantages and it is really great. However, because the stakes losses when the element is removed. SPOILER : Cage does lost his power in the movie, and by that time come you pretty much set up in your mind that he is not gonna died again until the climatic battle:SPOILER ENDS

Tom Cruise is great in this movie in the sense that he manage to show this roller coaster of emotion of someone who keep repeating his time the same day and seeing the people around him died over and over again. Though I do feel that the writer shoehorned his smile into the movie's ending because that is his asset and he didn't smile at all throughout this movie.

Are there any flaws ? Yes, it is. The movie ending is quite confusing and at the same time, the story sometimes moves too fast you couldn't get what is happening especially at the ending. This movie in my opinion is one of those movie that needed to be watched twice to understand it better but, the problem is it doesn't have the ability to pull the audience to do so.

So, should you see it ? I would say yes especially this is an original product ( not a sequel, prequel, reboot or remake) and it is really worth your money as it gives you something new and nice changes of pace. Its high concept is enough to show you how great a Japanese adaptation gonna be when it is done right. Overall, I give this movie a 4.0 out of 5. Great story and concept but weak ending hurts this movie a little bit.

What do you think of Edge of Tomorrow ? Have you seen it ?  Sound off your thought in the comment section. Stay tuned for more summer movies review from us and be sure to like us at our Facebook page; Comikrew Studio also to keep following us here at Comikrew Studio.
CINEMA.. CINEMA.. CINEMA Comikrew Reviews INVASION Movie-Freak Review Movie