The long anticipated Justice League is finally here. After the divisive BvS and the unexpected over-achiever Wonder Woman, can which one will be Justice League fell into ? Hit the jump to find out my thought.

Justice League had a rough journey to begin with. It had either maintain or improve the quality given in BvS and followed the critical and financial reception of Wonder Woman. Then it got a change of director from Zack Snyder to Joss Whedon which most believe has totally change the movie. Now that the final product is out, does it lives up to its anticipation ?

If you ask me, I totally have fun with the movie. It had just spectacular moment in it and while it was just shy off 2 hours, I think it was cut good enough that we feel like none of it were rushed or there’s a leap of faith in it.

But first, lets get into the plot. The story set a few months after BvS as Batman following some clue from Luthor’s notes that lead him to believe that there’s an invasion coming. Following an attack on Themyschira, Diana joined Bruce (Batman) and begin to assemble to Justice League. 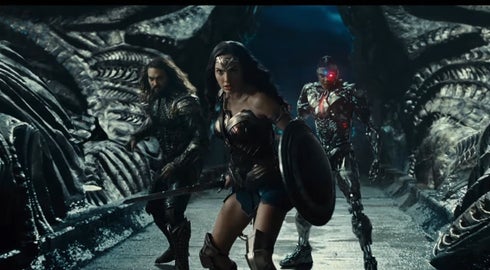 The plot is definitely very generic, if this was a non Justice League movie, nobody would even care. That being said, it was exactly what the first Avengers movie plot was. The movie at the same time felt like a full circle from a story that begins with a Man of Steel and by the end of it, you felt like whatever comes next is definitely a new chapter for the universe.

The cast overall are awesome. Ben Affleck, Gal Gadot, and Henry Cavill brought their character to an entirely new level and the chemistry between are just great. Ezra Miller and Ray Fisher as The Flash and Cyborg are fit for their role and brought a different taste in the team with Flash is good with his power but had no idea how to be superhero other that saving people and Cyborg had no idea in both. Jason Mamoa’s Aquaman is not necessarily bad it felt like he was rewritten by Joss Whedon in that middle of the movie. More on that later. The villain; Steppenwolf is as generic as a Marvel villain can be when it comes to its motivation but a very terrifying threat right when we first see the team face them. I really really like how his death (?) was set up and how that lead to the end of the overall threat.

The special effect had its wonky moment at times especially when it involves Superman. That facial hair removal effect is just awful, and at times it was noticable that he was a CGI model. Amber Heard in particular obviously wasn't really familiar with the rigging used to portray the Antlantis scene as she look a bi rigid when she was swimming. The soundtrack are good. There’s no new soundtrack or if there is it didn't grab my attention, but Danny Elfman use the right soundtrack at the right times. In term of flaws, we talked about the generic plot and villain. The mesh of the two directors was so obvious when the movie features the team either discussing and bantering in a room. There’s two scene like that and while it had great moments between Batman and Wonder Woman, you immediately know that’s a Joss Whedon scene. Also Joss, stop giving your female character a male driven motivation. Petty Jenkins nicely set up that while Diana was devastated by the death of Steve Trevor, it didn’t stop her from protecting the world, but it was explicitly hinted in the movie and while it’s a fun a callback, it was unnecessary to give both Wonder Woman and Batman that sexual tension.

All in all, Justice League is not perfect but a fun movie to watch. I felt like Wonder Woman strikes the best balance for the universe as Justice League didn’t do as good. In the end, I give the movie a 3.5 out 5.0. An overall good movie that has its flaws and noticeable dodgy CGI and generic plot.

What do you think of Justice League ? Do you agree, disagree or didn't care with my opinion ? Sound off your thought in the comment section. Stay tuned for my comic updates later this week by following and liking to Comikrew Studio right here or on Facebook. Don't forget to subscribe to my comic on Tapas and finally follow and hit me up on Twitter.
About Superheroes CINEMA.. CINEMA.. CINEMA Comic Book Movie Comikrew Reviews KOMIK Movie-Freak Review Movie