Yeah, I know it is almost a month late, but I just got my hand on watching part 4 of Digimon Adventure Tri. Hit the jump to see my thought whether this movie capable maintaining the anticipation of this long running franchise.


I almost drop off with part 2 but back on board when part 3 ended. Fortunately, part 4 did sustain my patient despite some confusion and disappointing choice made throughout the movie (series ?). As per usual with Reviewstravaganza, I'll be doing full spoiler, though it is available free online anyway.

Part 4 kicks off with a surely confused flashback for some as it involves a plot point from Adventure 02, which is fair as I only watch the first one. It then continues with right where we left off as the Digidestined try to reconnect with their former partner who have lost their memory. Everything seems to turn out fine with the exception of Sora and Biyomon. While that's still happening, they are attacked by Gennai along with one of the Dark Masters (more on this later) who has been revealed to be the actual villain of the whole movie. They manage to defeat the Dark Masters only to found out that Meicomon is back to be an infected Digimon. 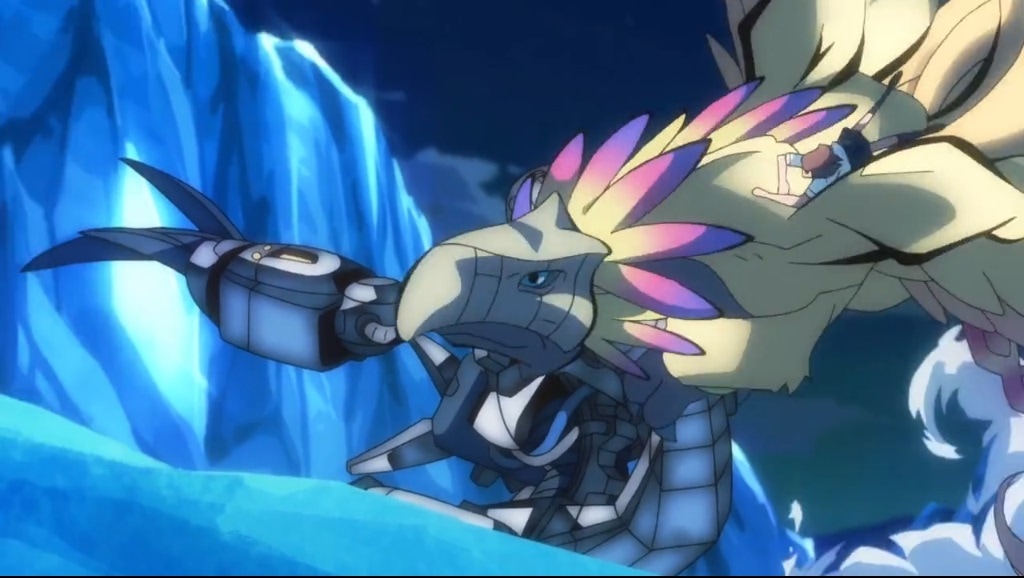 In terms of story flow, Part 4 resembles a movie a lot more as it only features one climatic battle at the end. While some said it drags at the beginning, to me it was paced nicely until they got separated in which we are presented simply with a montage and a very convenient way of regroup.

The plot was the one that mostly hurt the series. This movie finally gave some much needed explanation on what the actual plan of the villain. That being said, if you drop off past the first Digimon, you are most likely super confused with what happened at the beginning.

The flashback actually involves most of the plot point in Adventure 02, with the original Digidestined and Sovereign Digimon. However, the villain (Dark Masters) actually comes from the final arc of the first Adventure. That's where the plot problem start as that final arc is not as well remembered as the first three arc. This has been the common problem with Adventure Tri in which there has been a lot of call back to its previous two series in which easily isolate new fans. Even I had to spend some time googling on what the hell happened at that beginning of the movie and who the hell is Tapirmon.

In terms of the character works, Sora and Biyomon get the spotlight with the reversal of their original relationship from Adventure. That also may come up odd to some, and I only remember it because I rewatch that particular episode recently. That however, conveniently resolved to allow Biyomon had her megaevolution for the climatic battle. The sub-plot (or main plot ?) of Meicoomon and Mochizuki is honestly getting tiring. Almost all cliffhanger ended with or related Meicoomon gone bad and it ended in that exact thing again. However, it seems like it will ended with Part 5 as we have been teased Meicoomon megaevolution.

On the animation side, it seems like there's an inconsistent level of animation. Tentomon looks slimer while Agumon looks odd in some scene. The human characters also at times seems to be separated from its background. Adventure Tri do have a little bit more stylistic animation but it never been this obvious before.

Overall, Part 4 manages to maintain the excitement of Adventure Tri. Here's hoping part 5 explains the villain plot more clearly as we're left with only two more movie. In the end, I gave Digimon Adventure Tri part 4 a 3.0 out 5.0. An overall okay continuation from the far superior Part 3, with flaws in terms of story flow and plot point.

What do you think of Digimon Adventure Tri part 4 ? Do you agree with me ? And what do you expect from with part 5 ? Sound off your thought in the comment section. Stay tuned for more movie review by following Comikrew Studio right here or on Facebook. Don't forget to subscribe to my comic at Tapastic and finally follow and hit me up on Twitter.
CINEMA.. CINEMA.. CINEMA Comikrew Reviews MANGANIME Movie-Freak Review Movie