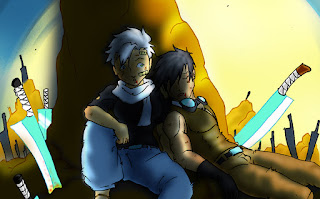 Last week marks the beginning of Chronicle's new arc; Adventure in Datartas. Set in between Pirate Brotherhood, how does this storyline effects what happens in Chronicle moving forward ? Feettri Ibrahim talks about what to expect from this story. 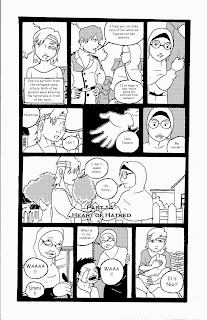 Why the intermission out of sudden ?
There are several reasons. The first one, I was struggling with Helios Dragon; the third arc of Chronicle. I wasn't able to construct the story properly. The second one, I wasn't satisfied with how Nia and Dante relationship being developed especially with the fact that Dante is not set to appear for the whole third and fourth arc. Finally, while there is a chapter dedicated to Nia's backstory, it still doesn't cover enough and with more characters being introduced moving on, I feel her backstory need to be concluded first or it will be left hanging. Under all that reason, I decided to create the intermission chapter.

What are you excited for this story arc ?
First of all, in this arc I finally achieve the right style I want to use for Chronicle. I always consider myself to have a fusion of American and Manga style. In this arc, I finally able to make sure the fighting scene is sufficient while the drama is moving on. Also, there is an unexpected development in the relationship of Nia and Tamara, and I am excited to see how the readers react with that and how that will affect the story in the future. 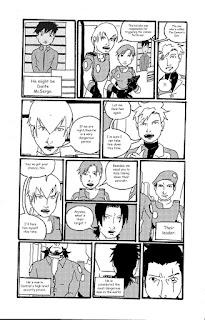 What is the toughest part in Adventure in Datartas ?
The beginning and ending of Adventure in Datartas are technically already set within Pirate Brotherhood, so I had to make sure the story consistent with what happen before and after the storyline. Of course, there is some stuff that got pass my eyes but there is not much of inconsistency within the story. One particular thing was to make sure Nia hasn't know Dante's name by the end of the story and that was one of the toughest part.

What you hope to achieve from this story arc ?
Of course, I hope to finally conclude all the questions put in The Demon's Son and Pirate Brotherhood in particular Nia's backstory and her lovehate relationship with Dante. At the same time, this hopefully conclude the big question in the previous storyline; 'what is terrorist ?' Finally, I hope the readers enjoy this storyline a lot more and continue to read Chronicle in the future.

The first chapter of Chronicle: Adventure in Datartas is already available to read Tapastic. What do you think of the first chapter ? Sound off your thought in the comment section. Stay tuned for its second chapter next week. Make sure to like and subscribe to Comikrew Studio at Facebook and Tapastic for more latest news. Finally follow me on Twitter @feettri_ibrahim and keep following us here at Comikrew Studio.
Chronicle COMIKREW KOMIK REPEKAN