Apokalips X is a movie that came out about a year ago, but I decided to watch last week because I was re-watching Crows Zero 2 and remembered my brother told me the movie took inspiration from Crows Zero. Hit the jump to know why I decided to review this 1 year old movie.

As you might know in reviewstravaganza, I will not be holding back on spoiler. Besides, this movie is a year old. You can find it on dvd  and most probably already being shown on TV.


Apokalips X is set in a post-apocalypse Malaysia where the particular area are controlled by five clan under an agreement. Years later, one of the clan got tired of the agreement and decided to bail out of it and start a war among the clan. X who is a leader of Red and White clan decided once and for all whether to hold on to the agreement and join the war and fight to maintain peace in the area.

First off, I don't know if Crow Zero is the best inspiration to take for this movie. There are several interesting homage from other Hollywood movies which I would get to that later but, the only thing that got close to Crow Zero was the look. I think Juvana was the best movie to take inspiration from it instead because it deals with delinquent boys similar to Crows.

Going back to the homage,  the mix used of language was similar to Blade Runner in which in that movie people tend to mix language when speaking. There is an element of Tekken and Devil May Cry in term of the appearance of X with angel wing and his red robe with katana. The most weird thing is a lot of similarities with Mad Max Fury Road, in which the world has turn into a wasteland and fuel is the most precious thing, people stop creating new stuff and just reusing old things and of course clan.

The world building in this movie is amazing. Mamat Khalid manage to show us a wasteland in which people enjoy playing spinning top, and how civilization just come to a halt. Unfortunately, this world building did cause the story to suffer a little bit as I feel like the movie is going nowhere at about 20 minutes into the movie. While the world building is great, the look itself is not so much. The use of CGI to show destroyed building was too obvious at parts and the building where the clans are staying look like some drug addict place being left behind. I understand the building was supposed to take inspiration of Suzuran High School in Crow Zero, but the graffiti in that movie act as a tagging for territory and the building still look well-maintained. In Apokalips X however, the graffiti serves no purpose. 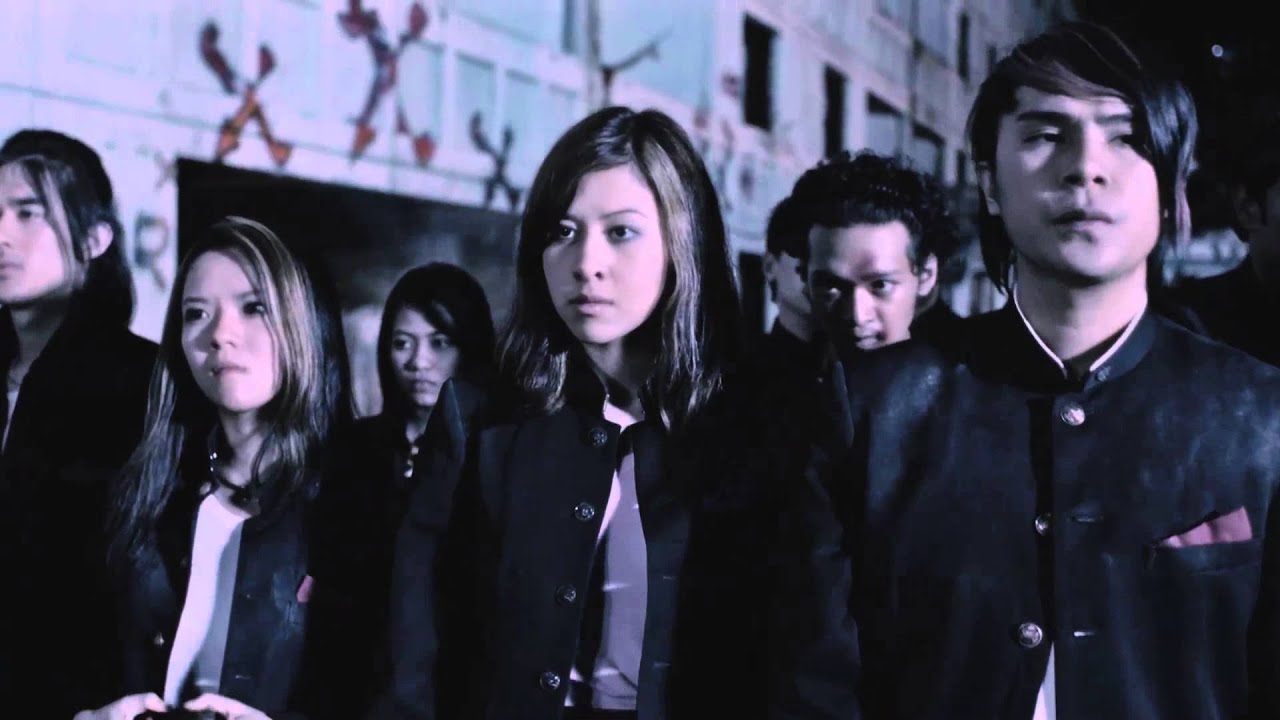 In term of story, there are three subplot and the love story subplot was the one that I don't really care. I would rather see a movie about the clash of the ideologies presented in the other two subplot. One of it is education vs fighting and the other one is to stay vs to go on a journey. These other two subplot were solely created so that the story has a clear protagonist and antagonist, so they touch it on the surface and then love story throughout the movie. Other that the love story, the other two were not really resolve that much. I mean the ending was very ambiguous and I don't feel the ending was necessary to be done like that. Also very unnecessary shuffle dance sequence (they obviously did it because Adam was cast in the movie).

In term of the look of the movie, for a movie that about people fighting each other, it is absolutely bloodless and I understand it is so the movie can viewed for all ages but it lost the realism where you are being punch and there is no blood at all. I like the blue color palette chosen for the movie because it suits the end in which it is very bright and hopeful, but during the final fight, everyone just blend together and it was hard to differentiate who is who. If you have different clans, then do something to differentiate them (I mean they did it for the other clan who came in later in the final scene).

Performance wise, Jehan Miskin was very good as a crazy guy. Everyone else was just okay. Farid Kamil was being Farid Kamil and Adam was just being Adam. I really like the girl who always wanted to fight but couldn't because she is still a kid. There is some dialogue that feel a little bit awkward but overall everyone is good in it.

To be honest, as the second Malay movie I watch this year, this one is a much better movie. I would suggest watch this and then watch Mad Max Fury Road (if you are old enough), because they both have the same idea but the latter obviously has a better execution and budget. I give this movie a 3.0 out 5.0. It wasn't bad, and I like the idea and people in it, it just that the budget and the special effect hurt the movie.

What do you think of Apokalips X ? Sound off your thought in the comment section. Stay tuned for Justice League :God and Monsters Chronicle review when all three of the series are out. Be sure to like and subscribe to us at Facebook, Youtube, and Tapastic. Finally keep following us here at Comikrew Studio.
CINEMA.. CINEMA.. CINEMA Comikrew Reviews Malaysiaku yg. tercinta Movie-Freak Review Movie