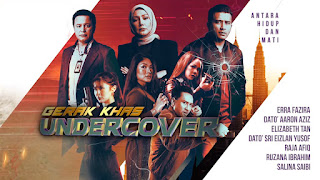 Gerak Khas continued its 23 years run with a new spin-off; Gerak Khas: Undercover. Does this new series capable to maintain its legendary reputation or does it sunk to the ground ? Read more to know my thought on this new spin off series.

Let me preface by saying that I only watched 30 minutes of this series mainly because it's aired quite late at 10:30 pm but also I was watching it while waiting for the new episode of Running Man so maybe what happen on the next 30 minutes address all the issue I have. But maybe not.

Syafiq Yusof to me is a bit hit and miss. While I enjoy some of his movie, I don't think he has any original idea. So hearing that this is an idea from him, it does make me worry that it doesn't bring anything new to the table. At the first look, it does feel like a Gerak Khas series which is good but also its biggest problem.

10 minutes into the first episode, we already see a bunch of officer looking at a very generic screen. We don't get anything informative from the screen. This scene repeated quite a few times within those 30 minutes but all info we got was only from the cast exposition instead of from the screen.

It also boast huge and well-known cast but we don't really get who they are in team. Except of Elizabeth Tan who's the one undercover in the episode, everyone else seems like just a generic officer. Usually in a crime procedural show we have the leader, the tech guy, the brain, the muscle etc. But for now, we don't know who's who in this first episode. To me, it is really important to establish that in the first episode so we can differentiate who is who even when we don't know their name yet.

In term of camera works, there are some weird camera works happening just within that 30 minutes. Some of it might be due to Covid-19 limitations but the fighting scene especially it is just too chaotic. Usually when we utilize quick cut, we still want to allow the audience to follow what happening as well as feeling the impact of each hit and strike. But in the two fight scene that I saw, I couldn't make sense of what's happening and some of the quick cut is a bit unnecessary.

The weirdest part was when quick cut is utilize to non-action scene as well. One instance of this happened when Dato' Rosyam Nor's Tony Bono first met his right hand man played by Raja Afiq. He was so angry that he flipped his chair but it was so quick, we barely had a chance to feel its impact. My guess is that the scene was shot separately so they can't show both character in the same room hence this weird cut. 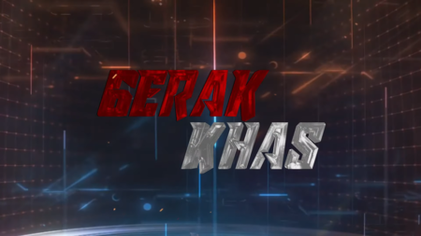 My worse frustration in this series is the fact that they decided to use a new song by Syamsul Yusoff instead of rebooting the old nostalgic song. While the new song was okay but having new voice to sing the original song would a better option.

Overall, that first 30 minutes that I watched wasn't all bad. As the cast consist of A-list actor, all of them show very good performance despite some weird dialogue delivery. I hope moving forward, the show can be better and continue its 23 years legendary run.

What do you think of Gerak Khas: Undercover ? Share your thought in the comment section below. It's been a while but I'm finally trying to be back active with Comikrew Studio moving forward. Don't forget to follow me on Facebook and hit me up on Twitter.