The Promise #1 is available on Tapastic

The Promise officially kicked off two weeks ago, however due to some personal event coming up, I only have a chance to update my blog this week. Hit the jump to read the conclusion of Comikrew's longest love story. 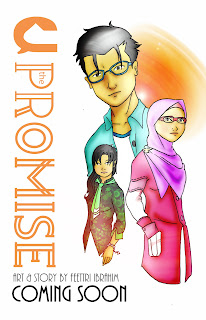 What do you think of the first chapter ? The Malay version is set to released sometimes this month. Stay tuned for a preview of this month later this week by following and liking Comikrew Studio right here and on Facebook. Don't forget to subscribe to my comic on Tapastic and finally follow and hit me up on Twitter.
Budak Kampung COMIKREW comikrew love story KOMIK S.M.A.P. SENI Special Event The Teen of The Village