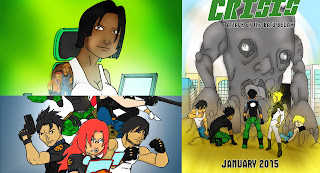 With National Crisis comes to an end and Chronicle concludes the Pirate Brotherhood arc, September should be a big month for Comikrew Studio. What to expect from Comikrew Studio next month ? Know it all after the jump.
September could be say as conclusion month. National Crisis comes to an end with issue 19, Skuad Satria concludes its main storyline in issue 12 while Chronicle concludes its second arc in issue 22. Comikrew Love Story will taking a break next month but it'll be back soon. 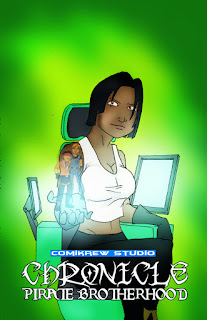 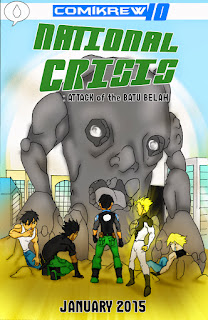 National Crisis #19 ( Sept 30th, 2015)
Skuad Satria #12
What do you think of all the titles set for September ? As usual, sound off your thought in the comment section. Pray for an Attack on Titan review coming up later this week. Like and subscribe to us on Facebook and Tapastic (Twitter is coming soon, I promise) to stay up to date on us. Finally don't forget to keep follow us here at Comikrew Studio.
About Superheroes Chronicle COMIKREW Comikrew Heroes Universe INFO KOMIK National Crisis Skuad Satria