Comikrew Studio : August and beyond 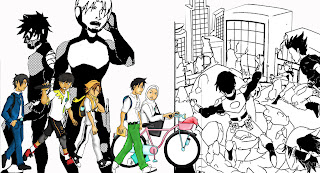 Past Eid Special event, Comikrew will undergo a little bit of changes as I having several new commitment past August. What have changes ? Hit the jump to figure it out.


Past August, I'll be starting to work as 3D Graphic Artist so that means I'll be having less time for my personal project. Because of that, I have to rearrange my schedule in term of my comics , and blog activities.  To those who have followed my Tapastic profile, you might have realized that I'm ending National Crisis past issue 19 that is expected to be released next month. 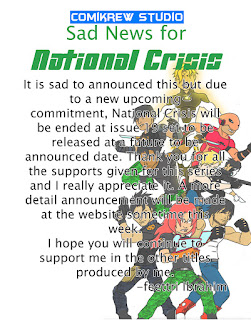 Skuad Satria will continue to be released at Mat Komik until its final issue similar to National Crisis and my further plan in my comic released in Mat Komik is unsure. 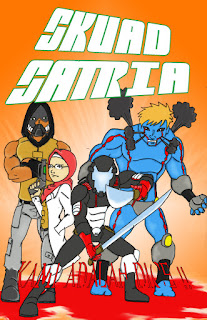 In term of reviews, I'll be slowing down in my movies and comics review until I got my schedule together.  However, I'll be doing several Reviewstaganza for some of comics that I've read recently, specifically Te@mare, Ben's newest comics for Gempakstarz.

Finally for my future plan, I have two comics that currently in the pipeline. The first one will be a Malay language comic; Sentuhan Cinta (Touched by Love) which is a high school love story and the second one will be Bunyan which is a Malay mystic action comic. Sentuhan Cinta is still in pre-production stage while Bunyan already entering production stage. When either of them gonna come up ? Hopefully in the near future. Also a hint, I already have some idea for Eid event next year so stay tune for that. 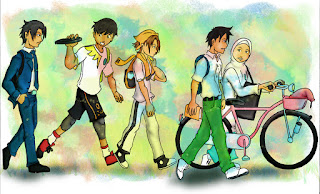 In term of my Youtube activity, that will be the one that slowed down at the maximum level. With the speed of internet in Malaysia, I won't think I'll be as active as before with Youtube. However, I really hope could realize my dream to start my own Malay style podcast.

What do you think of Comikrew's plan moving forward ? Sound off your thought in the comment section. Be sure to keep up to date with us through our Facebook, Youtube, and Tapastic. Finally keep supporting me by following me here at Comikrew Studio.
About Superheroes Chronicle CINEMA.. CINEMA.. CINEMA Comic Book Movie COMIKREW Comikrew Heroes Universe National Crisis Skuad Satria