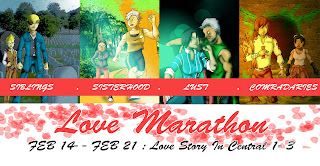 I'm back, baby !! Sorry for the long silence but get ready for a barrage of love comics as Love Marathon kicks off this month. Hit the jump to read what is waiting for you this month as Chronicle touches on Amy Thompson and Danzo Inamura backstory and Comikrew Love Story gives a taste of another take for Sherlock Holmes.

First of all, I had to apologize as I miss the deadline for the first title of Love Marathon as I was not feeling well, but at the same time I had to a preview first before officially kicking off. To start off, Chronicle will have a three back to back episodes that will touch on Amy's backstory. To cap off Love Marathon, Comikrew Love Story will take another twist of Sherlock Holmes in "How I Met Sherry Holmes". 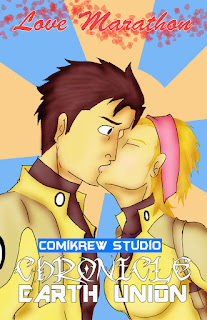 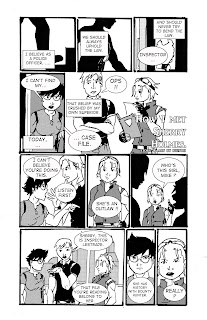 Comikrew Love Story : How I Met Sherry Holmes (February 23rd, 2017)
Which of title are you excited the most ? Sound off your thought in the comment section. Love Marathon kicks off next week with Love Story in Central part 1 and will be back to back until February 23rd. I'll try to fit it my review of DC's Justice League Dark and Lego Batman movie somewhere around there s well. To keep up to date, be sure to follow and like Comikrew Studio right here and Facebook. Don't forget to subscribe to my comic in Tapastic and finally follow and hit me up on Twitter.
Chronicle COMIKREW comikrew love story INFO KOMIK one-shot Special Event