Between Art and Religion pt. 3 : Writing a religion based story 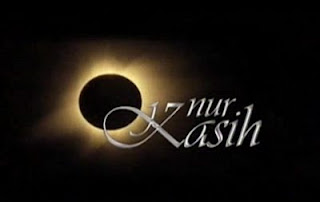 In my final part of Between Art and Religion, I want to touch a little bit doing a religion based art specifically writing a story. What makes its religious message successful, and what makes it offensive ?

First of all, let me establish my credit here. I'm not a show writer or a scriptwriter of a movie whatsoever, however, I do studies in Film and video and involve in a lot of class that had me to write a story or make a script. Also I have been drawing my own comic for my than 10 years, and throughout that time, I have become more and more aware on the sensitivity of bringing in religious theme into a story. Some of you might see me qualified to talk about this, and I might not very well be, however, sometimes someone had to do something to spark a discussion or awareness and this is what I wish to do. Now, lets get started. Writing is hard, because it is very hard to please everyone. Someone will always hate your work. Cristina Henriquez once said during her visit at Purdue that when you are writing, you have to think that no one want to read your story. Yes, I agree with that but when it come to show business, you have to think the other around. Who is your target audience, what is the trend now, and how to please them.

In Malaysia recently, there's been a high interest of creating a religious theme drama in which you have a soap opera and a strong religious theme in it. This is all sparked by a show known as "Nur Kasih" (Light of Loves). Due to its commercial success, since then, more and more similar style show popped up.  However, what do some of these shows failed to understand is that, it was not the combination of drama and religion that make it successful, it was the creativity and the brilliance of the writing.

Lets take a western movie example first, and relate it back to Malay drama. Mockingjay was a movie that came out last year. It wasn't really celebrated like its previous installment, but it was one of the movie that was either banned, or delayed in certain country due to its strong rebellious theme. It even sparked some rebellion in certain country, Thailand for example. Why does this movie could give such a strong effect ? Because it has a relatable character.

A relatable character is very important especially in a religion theme movie because it allow the viewers to agree or understand with the story and the moral it has. A religious based drama success depends on how much people like it and suggest it as a show to watch that full with moral. When you lost that relatable factor, you basically lost your audience and whatever the moral or message you triy to deliver will not be reached through the show.

What if you want to show it from the immoral point of view and the moral is that it was an act of immoral and will just lead to one's fall ? In that case, you must have the voice of conscious. A voice of conscious is also a method to create a relatable character. It is to establish that the act presented is immoral or wrong and the moral is to avoid it. Voice of conscious is a more subtle way to establish relatable character, hence it could be a double edged sword. It might not be clear enough or it might be too much for the audiences. Hence you must be careful when using this method. A good voice of conscious in a movie is Joseph Gordon-Levitt character in Inception. He's the one who explained the rule of the story but it was subtle that you didn't realize it until someone point it out.

Now, back to religious theme Malay drama.  The two elements I mentioned above is the one that is lacked in some of the show (other than being stereotype). The reason why I said Nur Kasih had a brilliant writing because it against stereotype in drama ( where the sexy woman is the villain), Nur Kasih had a shawl wearing woman as an antagonist, it had a voice of conscious (if not relatable) character in it in the form of Fizz Fairuz's character. He's the one who always advice the main character what is right and what is wrong, which indirectly meant for us, the audience as well.

The drama that actually sparked this discussion in the first place, lack the voice of conscious as everyone around the main characters was fine with their immoral behavior. This lead to the lost of audience because they certainly did not agree with what shown in the drama, but those in act the other way around. Once you lost that relatability, you lost the audience, and the message failed to be reached.

Show-writers, or scriptwriter should aware of this because it is a very slippery slope to lost your audience especially when it comes to a religious theme story. It is not wrong to portray immoral behavior but make sure you have a device to relate to your audience and make them understand that what's shown is wrong.

So, what do you think of my opinion in writing a religion based story ? Do you agree with me ? Sound off your thought in the comment section. Stay tune for more editorial articles from me. Like and Subscribe Comikrew's Facebook, Youtube and Tapastic. Lastly, don't forget to keep following us here at Comikrew Studio.