Arrow returns with season 3. After the explosive season 2, high rating debut of Flash, and hit on Gotham, could this series keeps its reputation and its cult hit ? Hit the jump to see what we think.


Arrow season 3 starts with 5 month after the end of season 2 or possibly 9 months (I'll get back to that later). Oliver lost his company, Thea went missing, crimes goes down, but Starling City is in ruined. As Oliver tried to balance his vigilante life and his normal life, he realized it is not that easy.

What great about Arrow which I think Flash (despite the same creator)  or other superhero based TV series should take notice is that the first episode should be big and not just some set up. Arrow might got some advantage here because it is the series third season and I think that goes for Agent of Shield as well. However, if you busy planting things in your first episode, your lost your new audience because they feel nothing's happened in the show. For the first episode, it has its own plot and by the end of the episode, there is only one set up planted with a cliffhanger. This really work to maintain its momentum after the season finale.

The addition of Brandon Routh as Ray Palmer was great. In the previous season, all other characters introduced in the series is this dark, gritty character with the exception of Barry Allen and maybe Felicity Smoak. However, the moment Routh's character was introduced, the tone of the story just completely changes and I'm seeing a lot of moment of levity from the story will coming from him. I'm really excited to see more of Ray Palmer.Going off with the tone, to have Diggle as a dad in this season I think will help to replace the son mother dynamic that Oliver have previously.

In term of performance, everyone is delivering their usual top notch performance. Great action and fighting choreograph especially from Roy. As I mention earlier, Brandon Routh was phenomenal. And I'm excited to see more of the Hong Kong backstory. 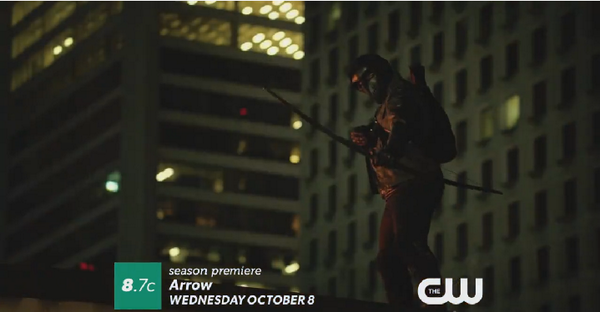 Flaw ? Vertigo was totally wasted in this episode. I love to see more of this character, but I'm not sure if he died at the end of the episode. I know that Ra's Al Ghul should be the big baddies of this season, but I really want it to go back to its root and make Vertigo the big baddies. I do think having Brandon Routh steal the show a little bit everytime his on screen and this make me worries of connecting this to DC Cinematic Universe. Also the story kicked off 5 months after the season finale, and if I remembered correctly season finale is when Lyla told Diggle she was pregnant and five months later, she already delivered the baby ? Seems like continuity error there.

Overall, it is a good start for Arrow. I excited for this season and I hope it could match, if not go above, its previous season. For this episode, I give it 4.0 out of 5.0. Good kick off for the season, but need to balance Stephen Amell-Brandon Routh dynamic.

What do you think of the first episode of Arrow season 3 ? Like it, hate it, or don't care about it ? Leave your thought in the comment section. Stay tuned for more review and updates from us.We got a special announcement this coming week, so be sure to come back for that. Like us on our Facebook pages; Comikrew Studio and be sure to keep following us at Comikrew Studio !!
About Superheroes COMIKREW Comikrew Reviews INFO MANGANIME